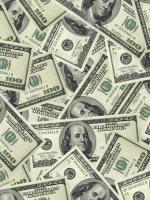 Wednesday, August 18, 2010
The Chief Financial Officers Act marks its 20th anniversary this year. Did it achieve its goal of greater transparency in federal spending? Is it time for a re-do?

The experience of implementing the Recovery Act’s financial reporting website sent a message to the financial management community in Washington.  OMB controller Danny Werfel tells the story of how the web version of the 2009 financial statement of one large agency (that has more than 400 financial management staff) only had 400 visits.  This contrasts to 400 million visits to the website Recovery.gov which details the spending of the federal stimulus monies.  So, it seems that it’s not that citizens don’t care how their government spends their money but rather the form in which it is reported.

In recognition of this, a provision in the recently-passed Improper Payments Recovery and Elimination Act of 2010 (P.L. 111-204) requires a study of the reporting requirements in the 20-year old Chief Financial Officers Act.  Interestingly, OMB has already declared similar reporting requirements in the Government Performance and Result Act to be “in transition” this year.

OMB Controller Danny Werfel says this will be a major item on his agenda in the coming year.  A radical change, though, may be heresy to traditional financial management professionals.

Here’s the language from the new law:

Section 3 (e):  REPORT ON CHIEF FINANCIAL OFFICERS ACT OF 1990.— Not later than 1 year after the date of the enactment of this Act, the Chief Financial Officers Council established under section 302 of the Chief Financial Officers Act of 1990 (31 U.S.C. 901 note) and the Council of Inspectors General on Integrity and Efficiency established under section 7 of the Inspector General Reform Act of 2009 (Public Law 110–409), in consultation with a broad cross-section of experts and stakeholders in Government accounting and financial management shall—

(1) jointly examine the lessons learned during the first 20 years of implementing the Chief Financial Officers Act of 1990 (31 U.S.C. 901) and identify reforms or improvements, if any, to the legislative and regulatory compliance framework for Federal financial management that will optimize Federal agency efforts to—

(A) publish relevant, timely, and reliable reports on Government finances; and

(B) implement internal controls that mitigate the risk for fraud, waste, and error in Government programs; and

(A) the Committee on Homeland Security and Governmental

Affairs of the Senate;

(B) the Committee on Oversight and Government

Reform of the House of Representatives; and

So, will we begin seeing financial information from federal agencies get a re-make in coming years so they can be read by people without a CPA??