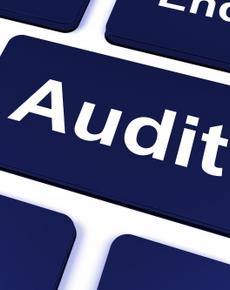 Thursday, January 19, 2017
Prajapati Trivedi
In the last two decades there has been an exponential growth in “Performance Auditing” in governments around the world, a phenomenon often characterized as an “audit explosion.”

Increasingly, Supreme Audit Institutions in most countries (e.g., the US Government Accountability Office, the UK’s National Audit Office) are allocating a greater share of their resources in order to conduct Performance Audits of government entities. Yet serious academic work examining the methodological foundations of Performance Auditing is conspicuous by its absence in the extant literature on Performance Auditing. In what follows, I will argue that it is time to rethink the Performance Audit Methodology and offer a possible way forward.

The text book definition of ‘Financial Auditing’ is:

If we accept the above definition of Performance Auditing, then the inconsistencies between it and the current Performance Audit methodology recommended for use by INTOSAI (International Organization of Supreme Audit Institutions) – which is used by the Comptroller and Auditor General of India (CAG) and many other countries -- becomes obvious.

Another way to visualize this counter-intuitive approach is to imagine an auditor arrives at a private sector company to audit its books and the company gives the auditor many mountains of raw financial data to audit. In private sector, the auditor would not accept the task and ask the company to call them back when the accounts are ready. However, the extant Performance Auditing Methodology recommends the auditor should undertake this task.

This blog is based on Praja Trivedi’s recent working paper entitled, “Auditing the Auditors: Evaluating the Methodology of Performance Audits.” It was recently listed on the Top Ten download list for Corporate Governance Network on Social Science Research Network (SSRN).