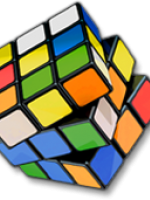 What are some of the lessons from past efforts?

At one point, the advice was:  don’t do it head-on. . . . Vice President Gore’s directions to his reinventing government team in the 1990s were: “don’t move boxes, fix what’s inside them.” He felt that it was so difficult to get congressional support for a major structural reorganization, and that it would take so long to show results that it was not worth the effort.  So his reinventing government initiative focused on process rather than structure.  In fact, he promoted the idea of “virtual agencies” long before the technology existed to make that approach feasible.

In the years since, the Government Accountability Office has called for a “fundamental reexamination” of how government is organized, and this has been reflecting in President Obama’s 2011 State of the Union address.  But in practice, he is taking a more targeted approach, focusing initially on improving the federal government’s role in trade and exports.  (His efforts so far have encompassed both structural and virtual approaches, but more on that in a future blog post.)

The renewed focus on reorganization has resulted in an outpouring of advice from knowledgeable practitioners who have been through the experience.

Hannah Sistare, former executive director of the National Commission on Public Service as well as the former Senate staff director for the Governmental Affairs Committee, wrote an IBM Center report several years ago, presaging the issue:  Government Reorganization: Strategies and Tools to Get It Done. Her report explores four different strategies for reorganization, including the use of:

Harrison Wellford, along with several colleagues at the Center for American Progress, offered Six Lessons from the 1970s.   Wellford was one of President Carter’s leads on government reorganization efforts.  A key observation?  “Reorganizing government agencies is not for the faint of heart.”     The key lessons?

Alan Balutis, the former senior career executive for management and budget at the Commerce Department (which faced perennial demands for reorganization), organized a special issue of The Public Manager on the topic of government reorganization.  In that issue, he warns of the “mirage of cost savings” that proponents oftentimes associate with reorganizing.  He also highlights the importance of gaining career staff insights and input.

Balutis also reminds us that Luther Gulick’s four classic reorganization principles still hold true:  purpose, process, clientele, and place.  And that you can focus a reorganization initiative around one of these principles, but not all four.

Max Stier, president of the Partnership for Public Service, testified before a House committee on the topic of reorganization and he offered 25 questions that congressional oversight committees should ask when presented a reorganization plan by the president.  These questions include:

1. What is the mission(s) of the new entities that will result from this reorganization?

2. What problems are we trying to solve with this reorganization?

3. What other options have been considered to solve these problems?

25. What steps will be taken to ensure continuity in the management and implementation of this reorganization from one presidential administration to the next?

Footnote:  If you’re really interested in this topic, the academic literature on government reorganization is comprehensive: