Should Government Reorganize Itself?: Legislative Authority to Collaborate (Part VI) 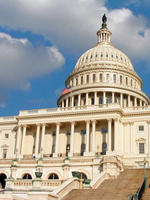 Thursday, April 12, 2012
John Kamensky
Are there legislative options beyond (or in addition to) presidential reorganization authority?

Typically, the cultural, administrative, and legal barriers to working together collaboratively inside the federal government are too high and they discourage efforts to collaborate (more on this in a future post).  The Obama Administration has taken some steps, such as the president’s directive last year that encourages administrative flexibility by federal agencies when working with state and local governments.   But this kind of directive can only go so far.  It cannot be used to waive statutory requirements.

There are some steps Congress might take to reduce some of the legal barriers to collaborating between agencies and programs.  When Congress initially put some of these barriers in place, they were done for good reasons. But with the new pressures to reduce duplication and fragmentation, this might be a time to revisit them.  There are transparency tools in place today, such as the use of the Internet, that were not available in the times in which those more restrictive provisions were put in place.

Here are three potential paths of action that might be considered to give the president authority to revise processes, in addition to existing pending legislation to provide structural reorganization authority to the president.

Provide the President the authority to choose among statutory provisions that conflict or overlap.  This kind of extraordinary authority may need to be included in any reorganization act.  It would allow the president to propose using one agency’s statutory standards over another.

The lack of common standards and business processes prevent the ability to create integrated systems.  For example, local welfare agencies cannot create a single entry point for clients because individual programs have their own separate administrative funding streams from federal grants that cannot be co-mingled.  Also, the lack of commonality in benefit determination standards, and the inability to create a common case management record for individuals and families is deterred by different privacy requirements across federal programs.

Just co-locating similar services in one agency will not solve these kinds of process-management problems.  To create integrated and effective programs at the front line, Congress would need to grant the President the authority to create the harmonization of standards and processes, not just reorganization authority.

Provide the President the authority to allow agencies and program to share resources across boundaries (both people and dollars).  A huge step toward greater cross-agency collaboration would be to allow funds and staffing to be commingled around a portfolio of services that are intended to address a common client or a common outcome.  The “anti-pass-the-hat” provision in current law (see Sec. 708, p. 102) prevents the ready sharing of resources between agencies in order to pursue a common goal. That provision requires that, for any cross-agency collaboration, one agency must host and fund the initiative.

These ideas have been discussed for some years.  For example, the anti-pass-the-hat provision was first raised as a barrier almost 20 years ago by Gore’s reinventing government report.  But, given the current interest in reducing fragmentation and overlap, it might be time to reexamine their potential relevance in light of the discussion on restoring the president’s reorganization authority.

NOTE: This is the last of a series on government reorganization.  If you would like to read from the beginning, here’s a link to the initial blog post.