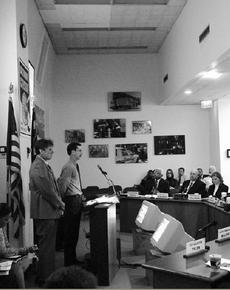 Tuesday, August 12, 2014
John Kamensky
Harvard’s Bob Behn has been working on his latest book about the “-Stat” movement for more than a decade. I’ve been eagerly awaiting its release and told him I would read and share my impressions with others.

Since 2001, Dr. Behn has visited dozens of governmental organizations that are using the PerformanceStat model – some well, and some poorly.  His bold objective was to answer the research question of whether PerformanceStat really makes a difference in improving performance, and how it works.  In short, his answer is:  it depends, and it’s complicated.

He has written a definitive book about the PerformanceStat phenomena, and apologizes that it is so long. He said his challenge was converting the tacit knowledge he developed during his years of research about PerformanceStat into explicit, written knowledge via his book, for government executives to use.

PerformanceStat Defined.  “PerformanceStat” is Behn’s shorthand for a concept developed twenty years ago by New York City deputy police commissioner Jack Maple as a crime reduction strategy, which Maple dubbed “CompStat.”  This approach was so successful in reducing crime, it quickly spread to other government functions and was called similar names – “CitiStat” or “StateStat” or “ParkStat” – or sometimes completely different names -- but with the same core elements.

None of these various “-Stats” were exactly the same, so Behn culled some common characteristics from his observations:

This approach has been adopted in hundreds of government organizations at all levels.  In the process, it has attracted a wide range of champions and promoters who are creating a movement to use it more broadly. In fact, there is implicit encouragement within the federal government to use this approach.  It is embedded in the GPRA Modernization Act of 2010 and guidance from the Office of Management and Budget.  The requirement is for each agency’s chief operating officer to conduct quarterly performance reviews for priority goals set by their agency.  But the law and guidance don’t say how to conduct meaningful reviews.  They offer no help on which strategies and behaviors are ineffective or destructive.

So, What Is PerformanceStat? About the characteristics of PerformanceStat, Behn says “you can find these principles and components in any management book.”  There are many process-oriented descriptions of how PerformanceStat works.  In fact, in 2007, Behn wrote a guide for how mayors can conduct a CitiStat, based on Baltimore’s version.  That guide describes the meeting room, the attendees, how the meetings are conducted, and the resulting improvements in performance.  But Behn cautions that these descriptions don’t get at the hard problem -- understanding what makes a PerformanceStat work and why.  That led him to visit dozens of PerformanceStat operations over the years to figure this out -- and then figure out how to explain.

He says there is too much of a focus on the visible features of PerformanceStat (data, projectors, meetings) versus sorting out the underlying cause-and-effect of how it works.  He concludes that it is a leadership strategy, not a standardized, mechanistic system.  In fact he says “One of the worst things that could happen to the PerformanceStat strategy would be for it to be kidnapped by the ISO cabal.”

Behn says the success of PerformanceStat is that it is a leadership strategy, not a policy or a reform; that it is a discipline, not a model; that it is a way of thinking and behaving.

Essentially, PerformanceStat shifts responsibility for action from an organization to an individual: “They need to get specific individuals to accept responsibility for specific results.”   And, in terms of using this approach to enforce accountability vs. to improve performance, Behn says: “PerformanceStat is not about them [the accountability imposers].  PerformanceStat is about us. . . It is a leadership strategy that we are using to improve our own performance. . . [It is] an internal effort to achieve public purposes by producing better results.”

It Is a Complex Adaptive System.  Behn says PerformanceStat is best viewed as a complex, adaptive system – not a mechanistic system or model.  He says: “the challenge facing the leadership team is not to build some new, fabulous machine.  Rather, it is to work with the existing people, relationships, and structures . . . all while analyzing data, asking questions, scrutinizing reports, in an effort to learn whether their leadership behaviors are introducing new feedback loops that foster adaptations that help to achieve the purposes.”  He identifies and describes 16 leadership behaviors that help explain what he means.  These behaviors include behaviors such as: clarifying public purposes to focus upon, analyzing data, creating targets and timeframes, and assigning responsibility for action.

So Where Do You Start?  Behn’s research concludes that the PerformanceStat leadership strategy does improve performance, when adapted thoughtfully – and not mechanistically -- to an organization’s environment.  He also concludes that we pretty much know what to do, technically, to get it to work.  The challenge is getting people to do it.

Launching a PerformanceStat initiative requires a personal commitment from leaders.  But explicitly and publicly committing to observable, measurable results with deadlines is often seen by politicians as dangerous.  Behn concludes: “Superficially, PerformanceStat appears to be about data and accountability – a system with data and computers.  At its core, however, PerformanceStat is about the responsibility to achieve specific public purposes.  For public executives, embracing this responsibility is dangerous . . .[Nevertheless,] to realize the PerformanceStat potential, public executives have to make an explicit – and thus very dangerous – commitment.”

What is remarkable is that there are so many public leaders willing to do this anyway!