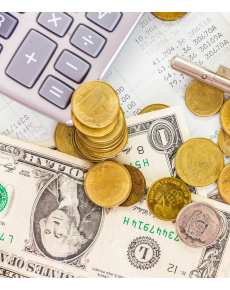 However, last month the federal government managed a quiet, yet successful, implementation of a key element of the DATA Act. A website of financial data from across the government went
“live,” and nothing bad happened! What lessons were learned that could be applied to other large-scale, government-wide initiatives in the future? A panel sponsored by the National Academy of Public Administration recently explored this question.

Background. The Digital Accountability and Transparency Act (DATA Act) was passed in May of 2014 and the executive branch was given three years to implement its key provisions. A key deadline was to post federal agency spending data on a
single website by May 9, 2017.

The law requires all federal spending data – including, for the first time, transfers of funds between agencies -- to be posted on at least a quarterly basis. That involves more than $3.8 trillion in annual federal spending that the public will able to track from congressional appropriations all the way down to local communities and businesses for the first time. The scale of this initiative was huge and required significant stakeholder engagement, including public transparency and advocacy groups as well as many professional communities within the government.

The Context. Implementing the DATA Act successfully looked to be daunting in the beginning. It was not a popular piece of legislation among executive branch agencies, who were skeptical about its value and because there was little funding to help them implement the legislation.

However, there were some bright spots facing those charged with implementing the law – chiefly that the top leaders responsible in both the Office of Management and Budget and the Treasury – David Mader and David Lebryk -- were seasoned executives who had worked together before, and trusted and respected each other.

The 10 Success Factors. The panelists described ten factors that they attribute to the initial success of launching the first reporting cycle of the DATA act on May 9, 2017 – the launch date set in law three years earlier:

1. The Value of a Mandate. There were clear legal mandates and timeframes for agencies set in the statute. Having a law in place was critical to making progress and motivating agency compliance.

2. Experienced Leadership. OMB and Treasury are jointly accountable under the law for implementation and the leadership of both were on the same page. Lebryk (Treasury) and Mader (OMB) knew each other and had worked together earlier in their careers before each were appointed to their respective jobs. This good working relationship, and their willingness to stick their necks out within their own respective organizations for each other, cascaded down within their teams.

4. Create a Business Case. Because of agency antipathy to a mandate that was perceived as costly busy-work, the leadership of the DATA Act implementation initiative set out to make a business case for why this initiative is important. For example, they created a common “sales pitch” to agency chief financial officers, laying out a future vision for federal financial management and explaining how the data under this law could elevate their role and give them the data needed to better inform decision-making.

5. Put in Place a Governance Structure. The implementation team created a three-part governance structure to ensure effective execution. This included:

· An interagency advisory committee, comprised of representatives of the business and functional communities across the government that have stakes in DATA Act implementation (such as the Chief Financial Officers Council).

· An identified Senior Accountable Officials at each federal agency who is accountable for certifying the data submitted to Treasury, and convened them on a regular basis, as well.

6. Create a Full-Time Program Management Office (PMO). The leadership team created a program management office in Treasury with full-time staff dedicated to implementing this law. Deputy assistant secretary Christina Ho, was charged with leading this team. She recruited a mix of talent from different perspectives. Ho recruited former congressional staff, former staff from the Sunlight Foundation advocacy group, former Recovery Act staff, contractors, and detailees from other agencies and 18F, an internal government digital consulting team. Team members saw themselves as advocates for transparency, and providing value to the agencies and public – not just compliance with the law. As such, they saw themselves as “problem-solvers, not process-focused.”

7. The Value of External Pressure. Several congressional sponsors of the legislation -- including, Sen. Mark Warner, Rep. Darrell Issa and the leadership of the House Oversight and Government Reform Committee – remained actively engaged. The House held hearings and the bipartisan oversight and interest was critical to the success of the project. External advocacy groups, notably the DATA Coalition, provided expertise and public oversight. This external attention was seen as useful. In addition, the law included statutory requirements for GAO and the agency IG to assess progress and the quality of the data. These actions helped focus agency attention.

8. A Robust Communications and Engagement Strategy. Individual members of the leadership team and the PMO invested a lot of time and effort in consulting with a wide range of stakeholders, both inside and outside government. For example, the team proactively held regular calls and meetings with external stakeholders, not just meetings with agencies and an online collaboration webpage, an open beta site.

9. Use a Data-Centric Approach. Ho put in place a “data-centric” implementation approach that allowed agencies to map the required data from their existing systems and submit the data to Treasury based on a standard format – rather than expecting agencies to build new financial systems. This lower-cost approach minimized IT system changes which was key to the project’s success and significantly reduced the burden and costs to agencies. Ho sought counsel from the experts at 18F and the U.S. Digital Services to help advise and build support for the data-centric approach.

The Treasury PMO team felt the implementation approach it used – based on agileprinciples -- was “revolutionary.” This was the first government-wide project where the agile approach had been applied. It took a leap of faith within the government community to adopt the agile approach, along with some conviction in the vision the team had. For example:

· The PMO team typically did not seek permission to do things. They just did it.

· Every two weeks, there were new deliverables, then adjustments based on user feedback.

· The PMO team focused its approach on user-centered design, where they consulted widely and frequently with agencies, public, stakeholders.

· The PMO team used an Open Development approach, where the code is open source and anyone can look at it and offer tweaks.

Role of the Auditors. The law included significant amount of oversight requirements during the implementation phase (which was not common in other government wide laws). This caused agencies to better document what they were doing re: implementation. For example, there were over a dozen Government Accountability Office (GAO) audits of the progress of the implementation. Because the project used agile techniques, the Treasury PMO team was able to pivot quickly to respond to recommendations from both GAO and agency inspectors general.

The IG community had to learn Agile lingo, and methodology. They had to develop their own guides, conduct training, workshops, iterative guides, so there wouldn’t be different IG interpretations of progress across agencies.

It Wasn’t Easy, and There’s Still a Lot to Do. While there has been a significant amount of progress, it wasn’t easy. For example, in setting standards, there was significant debate among different professional communities as to who “owned” a term.

Still need to get the financial management systems in different agencies to change their cadence as to when they produce data.

The “door opened” on May 9 for the public’s new view and use of federal spending data, but there is more to do, through 2022 according to a report for the DATA Foundation, when the Act is to be fully implemented.