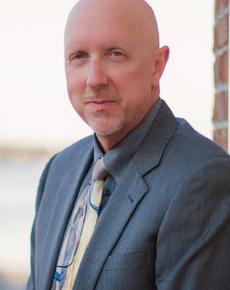 Wednesday, November 19, 2014
Brian Murrow
Steve Beltz is the Assistant Director of the Recovery Operation Center of the Recovery Accountability and Transparency Board, which provides transparency of ARRA-related funds and detects and prevents fraud, waste, and mismanagement of those funds.

The Recovery, Accountability, and Transparency Board (fondly known as RAT) was originally created by the American Recovery and Reinvestment Act of 2009 (ARRA) to provide transparency of ARRA-related funds and detect and prevent fraud, waste, and mismanagement of those funds. Later the RAT Board's authority was expanded to include oversight of all federal funding. Mr. Beltz has worked for the public sector for over three decades, mostly in law enforcement as a “detective and reconstructionist.” Mr. Beltz “was the first person in the Washington State Patrol that started a computer forensic unit.” Beltz continues, “I would get a 100 MB disk.” “DOS was my tool … we’d walk sector by sector through a disk and analyze it.” While technology has a come a long way, Mr. Beltz commented “you can have the best data in the world and the best tools in the world, but if you don’t have the right person who knows how to ask the right questions, you’ll get nothing.” He continues “somebody has to know how to understand what the answer is, and then dig deeper.” It takes a special type of skill to look beyond the numbers and the technology and take the initiative to truly understand the evidence. Mr. Beltz shared a story with us that illustrated his detection through analytics approach. He was teaching a class in the Federal Law Enforcement Training Center, when one of the agents in his class reminded him that they had met in the field. The agent recounted that “I was with the prosecutor … interviewing the defendant, and the defense attorney … sitting across the table, the typical thing. They let the defendant talk and explain … and [he] was way off in right field, with his conversation and not even close to what … we’ve already dug up. So it finally got to the point where the prosecutor took out a chart that we had made, a link chart of all of his relationships and who he’s working with, and where the money is going, and slid it across the table and said, well you’ve said this, but this is what we found out. They took an immediate recess for about 10 minutes and came back and decided … to plead guilty.” In describing the most important ingredients for a successful analytics program, Mr. Beltz used a three-legged stool to describe his approach. He then listed the following: Good Data Good Tools Good Analysts Mr. Beltz reported that these are all critical components without which, “you’re going to sell yourself very short.” He continues “acquiring good data is a common problem that will never go away so long as shared data is in use.” Mr. Beltz's experience has been that most agencies struggle with obtaining good tools, and even better analysts.” On the other hand, “tools are getting very good, and conversely so, very complicated. The analysis process itself … is a full-time job and a lot of agencies are having … people wear multiple hats. So you’ve got an agent that’s not only out investigating but also … trying to come back and do the analysis as well.” While the RAT Board will be winding down in the near future, Mr. Beltz acknowledges that the results of its work are still pending. The Recovery Ops Center is currently supporting over 200 cases of alleged mismanagement of funds annually. Mr. Beltz's analysts have yet to testify in a court, but he is training the Center team for that event. In Mr. Beltz’s view, “That’s not really what we’re there for.” He feels that his job is to “build intelligence packets.” It is then much more rewarding if his intelligence or “prosecution packets” result in a guilty plea rather than needing to be used in a trial. To listen to Mr. Beltz’s complete podcast and to read excerpts from his interview, visit the “Conversations on Using Analytics to Improve Mission Outcomes” page.