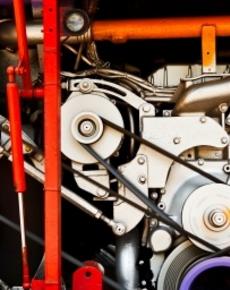 Saturday, November 23, 2013
John Kamensky
The bruising battles over the budget and debt ceiling only resulted in pushing the goal posts for completion down the road a few months. Are there any lessons on how to be more successful?

A timely new book by veteran public finance experts at the International Monetary Fund describes how budget and finance reforms have evolved over the past two decades in more advanced countries.  While their book doesn’t contain any magic formula for success, it does provide a useful context for understanding what is going on in the field.  It also provides some poor comfort for the fact that what the U.S. is facing is not uncommon and that there may be some avenues for being more successful in the future.

Contributing author, and veteran U.S. budget expert, Allen Schick, says that reforms to various countries’ public financial management systems over the past two decades:  “employ new information, process adjustments, and constrictive rules as levers for changing behavior and outcomes.”  But he and his fellow authors concede that there is no “silver bullet” to fixing budget and debt problems.  Still, these three “levers,” or sets of reforms, have led to changing behaviors and improved budget and financial outcomes in many countries, including the U.S.

Lever 1:  New Information.  “Managing public finance equates to managing information,” observes Schick, who goes on to say:  “The basic assumption is that changing the mix of information changes the behavior of public finance managers.”

In the U.S., this was the premise behind requiring audited financial statements via the Chief Financial Officers Act and annual agency performance reports via the Government Performance and Results Act.  It is also the premise behind pending legislation to put all federal spending on line, as proposed by the Digital Accountability and Transparency Act, as well as recent initiatives toward evidence-based decision-making.

But Schick cautions, “The more information thrust upon public finance managers, the more they can ignore.”  He says the challenge is to transform information from “useful” to “essential” because good-to-have information is easily disregarded.  He also notes that more information can “bring more issues, interests, and perspectives into play” which makes it harder to reach decisions.

Lever 2:  Process Adjustments.  Schick says “process is the conversion of information into decisions, actions, or documents” and that public finance processes, including budgeting, include five common elements:

He says that creating processes that become routine is important:  “Repetition of the routines year after year reduces conflict, simplifies tasks, stabilizes roles and relationships, and coordinates the numerous chores that must be completed.”  As a result, players can focus on the substance of decisions to be made and not fight over procedures or create new ones each year.

Interestingly, this seems to be part of the problem in the U.S. federal system.  As budget expert Dr. Phil Joyce notes in an IBM Center report on budget uncertainty, the Congress follows its own procedures, which were first defined in the 1974 budget reform act.  The Pew-Peterson Commission on Budget Reform has outlined potential paths that could be taken to reform the budget process in the U.S., but its reports have not yet generated action.  Oft discussed reforms include performance budgeting and biennial budgeting.

Schick concludes:  “processes matter a great deal. . . because they generate and transmit information that shapes the behaviors of key actors.”  However, “they are inherently insufficient” because the budgeting system “is an open, permeable system” where outcomes “are swayed by numerous external events and pressures.”

Lever 3:  Constrictive Rules.  Schick candidly notes that “Reliable information and sound procedures can, and often do, produce subpar or unwanted outcomes.” As a result, reformers have turned to the use of constrictive rules where medium-term fiscal constraints limit current budget decisions. In fact, 76 countries have put fiscal rules into place. In the U.S., these fiscal rules are budget caps via the Budget Control Act of 2011, which if not met, results in the use of another control tool, the Sequester.

Schick says that constrictive rules are intended to tie the hands of political leaders and managers but can have “unforeseen or unintended side effects” that proscribe future actions: “They may be promulgated under one set of conditions, and implemented under very different conditions.”  He points to the many fiscal rules set by the European Union before the financial collapse in 2008 and how these rules limited many countries’ ability to recover.

Are We There Yet?  The U.S. had adopted reforms using all three levers, but circumstances have not yet resulted in consistently successful budget and finance outcomes.  Again, Dr.  Schick’s broad insights may have some resonance: “Improvements in information will not suffice. . . .Processes are important but [can be] manipulated. . . ”  He concludes that “Rules can fortify politicians and managers who want to do the right thing.  But they cannot invent commitment where there is none.”  He says many countries have introduced reforms, but “Their success will depend as much on political and management leadership as on formal systems.”

Note:  If you don’t have time to read the book, here is a video link to highlights of the release event!