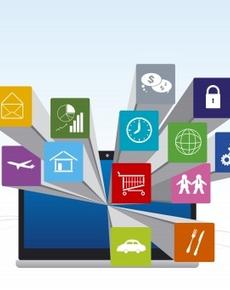 Thursday, August 8, 2013
John Kamensky
Sometimes my summer reading list takes unanticipated paths. . . . Here are some highlights from an older report from the UK that feels like it could have been written today!

In 2002, British academic Jake Chapman wrote a paper for Demos, a UK think tank, entitled: “System Failure:  Why Governments Must Learn to Think Differently.” It is based on his experiences in working with large government challenges, especially in the energy and health care sectors.  In his paper, he contrasts the traditional, linear approach to problem-solving with a more holistic, systemic approach.  He says it is like the difference between throwing a rock and a live bird:

“Mechanical linear models are excellent f understanding where the rock will end up, but useless for predicting the trajectory of the bird – even though both are subject to the same laws of physics.”

His ideas on systems thinking helped me clarify my thinking on ways to best address complicated vs. complex policy issues.

Chapman says the current model of “rational policy making” attempts to reduce complex problems into separate, rationally management components and tackle each in a rational, linear manner by:

This was how I was taught to manage; I’m sure you were, too.   But Chapman says today’s policy environment now requires a more holistic view and that the assumptions underlying the traditional linear, mechanistic approach of reducing problems into manageable chunks “fail to reflect the way the modern world operates.”  And that is why so many well-planned initiatives stumble, often in unpredictable ways.  This, of course, is uncomfortable to rational “reductionists!”

Chapman says the failure of the “reductionist” way of thinking in the face of a complex issue is that “the assumptions of separability, linearity, simple causation and predictability are no longer valid.”  He elaborates further, noting:

“The essential aspect of the reductionist approach is that complexity is simplified by dividing a problem into sub-problems. . . The process of sub-division is continued until the resulting bits are simple enough to be analyzed and understood. . . .[But] What if essential features of that entity are embedded not in the components but in their interconnectedness? What if its complexity arises from the ways in which its components actually relate to and interact with one another? The very act of simplifying the sub-division loses the interconnections and therefore cannot tackle this aspect of complexity.”

Reductionist methods work well when addressing complicated policy issues.  These issues are often characterized by broad agreement on the problem and what a solution might look like.  They are bounded by time and the resources needed to address it are predictable.

In contrast to complicated issues, complex issues are characterized by no clear agreement about what the problem is, and ambiguity in how improvements might be made.  It is unbounded in terms of the time and resources needed to address it.  Systems thinking provides a framework that has proven to be successful in tackling complexity.

Chapman writes:  “Systems thinking has an alternative strategy for simplifying complexity, namely going up a level of abstraction. Higher levels of abstraction lose detail, and it is the loss of detail that provides the simplification” . . . instead of reducing problems to smaller components.  “Systems thinking,” Chapman notes, “is useful for tackling issues that are embedded in complexity, particularly where that includes human activity.”

Chapman says:  “The core aspects of systems thinking are gaining a bigger picture (going up a level of abstraction) and appreciating other people’s perspectives on an issue or situation.”  He says that learning is “the key way to handle complexity and its associated lack of predictability and control.”

He goes on to say: “While the acquisition of new skills and knowledge are important, they are not central to systemic learning.  Systemic learning involves practice and reflection on one’s own experience. . . .Systemic learning requires people to be willing to work jointly with those who have other perspectives . . . and reflect on the outcomes of their actions and modify their behaviors, beliefs, and interventions on the basis of that reflection.”

The pre-requisite to moving to a systemic thinking approach is to adopt it at the personal level:  reflect on your way of thinking, the assumptions you are making, and be honest about the real goals you are pursuing.  To apply this approach more broadly, Chapman recommends actions where:

In conclusion, Chapman observes:  “. . . .in the long run it is more efficient and effective to motivate and empower than to issue detailed commands.”

In addition to Chapman’s recommendations, a recent IBM Center report on open system design by David Witzel offers a dozen tips on practices that can help public managers apply systems thinking in practical settings, as well.

How far have we come in the past decade since Chapman’s first report? Probably not are far as he would have liked, but he did note that there are significant obstacles to learning within bureaucracies and government.  These include:

But what has grown in the past decade in the U.S. is the use of the PerformanceStat approach, which is a learning-based leadership strategy being adopted by successful public sector leaders at all levels, to create a forum where systems thinking can occur -- so there is hope!