What Are the DATA Act’s Implications for Federal Agencies? 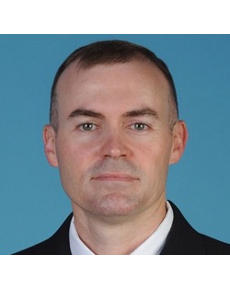 Wednesday, October 7, 2015
Lieutenant Colonel Jeff Adams
A new law passed in 2014 requires substantial changes in how federal agencies track and report their spending. The first step is standardizing reporting of financial data, which is underway, but more is coming – with a deadline of May 2017 for full compli

Previous IBM Center posts about the Digital Accountability and Transparency Act (DATA Act) of 2014 by Dan Chenok (The DATA Act and Transparency: 4 Ways that Industry Will Benefit and The DATA Act Moves Forward) and John Kamensky (Here’s Why DATA Act Implementation May Be Successful) discuss various aspects about the law. This post provides a very brief background to the law and focuses on its implementation implications for Federal agencies.

Background. Public Law 113-101 requires the full disclosure of Federal agency expenditure information for millions of transactions covering more than $1 Trillion and the development of government-wide financial data standards in reporting that information. It stipulates the Department of the Treasury and the White House Office of Management and Budget (OMB) lead the process of standardizing and publishing this financial information on a single governmentwide website on a regular basis by May 2017.

What are the Implications for Federal Agencies? David Mader -- Controller of the Office of Federal Financial Management at OMB -- and David Lebryk -- Fiscal Assistant Secretary of the U.S. Department of Treasury – are the faces for the implementation of the new law. In their 8 May 2015 White House blog post, they noted that today, spending data is not always readily available nor is it in a useable format. When I interviewed Herschel Chandler (DATA Act Project Lead, American Council for Technology-Industry Advisory Council (ACT-IAC)) regarding this topic he said, “As citizens we can hold our government accountable, but the biggest challenge is tying money to a program.” This legislation attempts to correct that deficiency, thus closing many gaps in understanding where money is being spent within agencies. Mr. Chandler went on to state that agencies would possibly be able to conduct outcomes analysis, making it easier to answer questions such as:

The legislation also mandates a set of data standards for all agencies to incorporate into their financial processes to make spending information comparable across agencies. Additionally, the spending information must be reported in the same XBRL (eXtensible Business Reporting Language) format to make data accessible and reusable.

What Are the Challenges Facing Agencies? While the DATA Act does not force agencies to change their financial systems to capture data, it’s inevitable that agencies will have to change their business processes, at a minimum, to meet the requirements. Christina Ho (Deputy Assistant Secretary for Accounting Policy and Financial Transparency at the Department of Treasury) and Karen Lee (Chief, Management Controls and Assistance Branch for the Office of Federal Financial Management at OMB) identified several challenges they expected to face during a Data Transparency Town Hall on 26 September 2014:

Case Example: Implications for the Defense Department. Since the Department of Defense (DOD) owns the biggest category, by far, of discretionary spending (over 53% for the Fiscal Year 2015 budget), it has a sizeable task in making the requisite changes to meet the requirements. LeAntha Sumpter (Deputy Director, Program Development and Implementation, Defense Procurement and Acquisition Policy in the Office of the Under Secretary of Defense) discussed the challenges DOD faces during the Association of Government Accountants’ (AGA) webinar on 3 June 2015:

An additional challenge is the sensitivity of the data provided by DOD and to whom it is provided. Does DOD provide exactly the same fidelity of data that all other Federal agencies will provide? When I interviewed Ms. Ho, she acknowledged those concerns and takes them very seriously, but she went on to state that DOD needs to determine the best way to address it.

The Need for a Culture Shift. One of the biggest hurdles the joint Treasury-OMB team has faced is changing Federal employees’ mindsets about making detailed financial data publicly available, absent the ability to provide explanatory contextual information. The prospect of an increasing amount of scrutiny their agencies may face from various stakeholders (Congress, citizens, state/local governments, etc.) over how money is spent is daunting, but agencies must remain open-minded about the end goal. They will find that it will help them better understand how much is being spent on programs and put them in a better position to provide strategic guidance to their leaders.

Agencies cannot be afraid of what the data might show initially. It could be negative for some agencies because it could show, as Ms. Ho stated to me, “one agency is spending a lot more than another for the same service.” Further, it might take a significant amount of time and resources for agencies to make the requisite changes; therefore, agencies must exercise patience in allowing the process to work. It’s one of the major growing pains of making data more transparent.

What is the way ahead for full financial transparency? The end goal for full financial transparency is enabling data consumers to follow the complete life cycle of Federal spending. Rep. Darrell Issa (R-CA) stated during the Data Transparency 2015 Conference that he is insisting the Federal Government should “make all data searchable” and that “the DATA Act is just the beginning,” while Ms. Ho and Ms. Lee described the legislation as a major step. The effects of this legislation are far-reaching, but this legislation is only the second step, with no subsequent actions currently identified, in a long process of enabling citizens and personnel within the Federal Government to follow that life cycle.

The first step was the Federal Funding Accountability and Transparency Act (FFATA) signed on 26 September 2006, which required information on Federal awards to be made available to the public via a single, searchable website (www.usaspending.gov). A related piece of legislation proposed in Congress in May 2015 by Rep. Issa was the Financial Transparency Act, which would require all eight U.S. financial regulatory agencies to adopt common data fields and formats for the information they collect (www.oceg.org).

The graph below shows the DATA Act and FFATA in context of the spending life cycle: Life cycle I am providing definitions to some of the terms used in the graph to ensure clarity, and they are as follows:

NOTE: Lieutenant Colonel (LTC) Jeff Adams is a data analyst in the Army serving as a Research Fellow in the Army's Training with Industry program, through which he works with IBM for one year before returning to the Army. His research fellowship is intended to help him learn how industry analyzes big data and communicates strategic insights to senior leaders to take this knowledge base back to the Army. LTC Adams worked with the IBM Center for several months. ***The ideas and opinions presented in this blog post are those of the author and do not represent an official statement by IBM, the U.S. Department of Defense, U.S. Army, or any other government entity.***