Where Are the Low-Priority Programs? 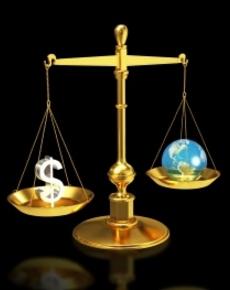 The GPRA Modernization Act of 2010 requires agencies to annually “identify low-priority program activities based on an analysis of their contribution to the mission and goals of the agency and include an evidence-based justification for designating a program activity as low priority.”  This requirement became effective for the first time with the preparation of the fiscal year 2014 budget.

OMB guidance to agencies for meeting this requirement was:  “Agencies should submit to OMB in their FY 2014 budget submissions a draft list of lower-priority program activities that total at least 5% of the agency’s FY 2012 discretionary budget.”

Agencies submitted their draft lists to OMB but there was no final list published publicly.  Instead, OMB used the low-priority program activities list to help augment a list of programs targeted for cuts or consolidations.  That list, which appears annually in the budget, now has a subtle footnote for selected items on that list: “This cut has been identified as a lower-priority activities for purposes of the GPRA Modernization Act.”

One budgeting expert I talked with said that the reason OMB probably took that course is that attempting to break out low-priority programs separate from the budgeting process – which is all about setting priorities – is a bit artificial.  Still, this is probably not what the author of that statutory provision thought it would look like in the end, I’m sure!

The selection of low priority programs, according to the law, must be “based on an analysis of their contribution to the mission and goals of the agency and include an evidence-based justification for designating a program activity as low priority.”  The OMB cuts and consolidations list included a footnote for those programs that were annotated as being lower-priority --  more information could be found in each individual agency’s budget justification materials as to why the program was rated as lower priority.

It takes some digging to find the details within agency budget justification documents, but they are on the web, as promised!  Here are extracts from the agency-prepared justifications of several of the lower-priority programs that appear on the OMB cuts and consolidation list:

Department of Labor’s Bureau of Labor Statistics, Mass Layoff Statistics (MLS) Program.  According to the department’s budget justification, this $2 million program: “provides information that identifies, describes, and tracks the effects of major job cutbacks in the economy. . . . MLS data can help identify communities in need of special services, and are used in sub-State dislocated worker fund allocations.”  Nevertheless:  “In FY 2014, the BLS proposes to eliminate the MLS program. The savings associated with this reduction will be used to finance other, more critical needs.”

Environmental Protection Agency Beach Grants.  According to EPA’s budget justification, this $10 million grant program supports checks for bacterial or chemical contamination on beaches.  However: “While beach monitoring continues to be important, well-understood guidelines are in place, and state and local government programs have the technical expertise and procedures to continue beach monitoring without federal support.”

USDA’s Microbiological Data Program. This $5 million program had already been eliminated by the time the budget was released.  It was used to “support agricultural marketing and address consumer concerns on microbiological contamination by collecting information regarding the prevalence of food-borne pathogens and indicator organisms on domestic and imported fresh fruits and vegetables,” according to the Department’s justification.  The justification did not explain why the program was being eliminated, but it did robustly describe the various contributions of the program before it was eliminated.

Does the New Statutory Requirement Make a Difference?

Is the new requirement making a difference or is it an additional burden on agency budgeteers?  Based on the results of the first year of this requirement being in place, it is unclear if the new GPRA requirement has had any effect on identifying many more programs for addition to the OMB list.

Last year’s cuts-and-consolidation list had 210 programs and this year’s list has 215.  Many of the programs on this year’s list were also on the list in FY 2013 but were not enacted into appropriations law by Congress (e.g, repeal manufacturing tax deductions for oil and gas companies).  And there were a number of programs on the FY 2014 cuts-and-consolidation list that were not annotated as being “lower priority”   (e.g., eliminate future purchases of Global Hawk unmanned aerial vehicles).

So will being officially tagged as “lower priority” improve chances that Congress will act this time around?