Why the Phrase Best Practices Makes Us Jittery 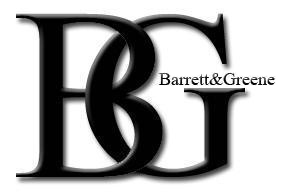 Thursday, November 12, 2020
Katherine Barrett and Richard Greene
We have to admit it. More than once we’ve referred to a policy or management approach as a “best practice.” But mostly those words were originally uttered by a source we quoted. Frankly, those two overwhelmingly common words often make us uneasy.

There may be cases in which best practices can apply from city to city and state to state. Best budgeting practices, for example – such as those developed by the Government Finance Officers Association – can certainly be useful. It’s a universally accepted best practice in budgeting, for example, that entities should cover current year expenditures with current year revenues -- not revenues borrowed from the future.

Who can argue with that?

Outside of budgeting, there are some other areas in which best practices can certainly hold up. Consider the ethical management of governmental functions. This is in the forefront right now, as Election Day approaches. The Texas Secretary of State advises that election processes be documented. Again, we buy in with that being dubbed a best practice and it is, indeed listed in the Secretary of State’s “Election Security Best Practice’s Guide,” in the Lone Star State.

Where we have problems are when the latest glittery idea or one that has only been proven as worthwhile in a handful of places is dubbed as best. We see this all over the place. People writing reports for any number of significant organizations often seem to feel obliged to take the study of a handful of cities or states and list approaches they’ve uncovered as “best.”

For years, for example, it was considered a best practice that states set aside exactly five percent of revenues in their rainy day funds. No more. No less. When we researched the topic, we discovered that precise number emanated from an off-the-cuff comment in a speech given by a leader in one of the ratings agencies. As years have passed, thinking on the topic has grown more sophisticated. The Volcker Alliance, for example, has thrown that five percent figure out the window and encourages states to tie their reserve funding to the volatility of revenues.

Here are five reasons we are concerned when a best practice is ballyhooed by a government official.

4) Fit a specific need at one point in time may have have little utility when times change. (To site an all too obvious example, right now it seems clear that mask-wearing in appropriate circumstances is a best practice. But, eventually, it will be just fine to go to a restaurant without a mask.)

5) Are brand new and exciting – and seem to work well – frequently haven’t had time to be evaluated and proven.

With all that said, government practitioners still need generally understood phrasing that will indicate their faith in a particular practice that they believe would translate well into other cities or states.  Our favorite has always been “promising practices.” One of our regular sources likes to use “expert practices” or “workable practices.” And we’ve also heard, and like, “proven practices.” That last, of course can only honestly apply when there have been evaluations that provide genuine evidence.

Ultimately, this may seem like a matter of semantics. The fundamental reason we feel as we do about practices being labeled the “best,” is that this phrasing may stand in the way of the evolution of thinking that’s necessary for progress in states and localities. If we know the best way to do something, then why look for a better way? And the search for better functioning government is the core of what we do for a living.

Reprinted from the B&G Report at greenebarrett.com