Many of the problems of government can be solved by technology, but the real roadblock is knowing how to fix the problems citizen experience when they interact with government. More than anything, government workers who want to innovate government operations and services need new methods and tools to help make better decisions and deliver more effective results.

This report provides a case study of how one government agency--the Centers for Medicare & Medicaid Services (CMS) in the U.S. Department of Health and Human Services--has been mandated by Congress to begin competitive bidding in 2006. The mandated bidding process is a market-based approach to setting payments for the managed-care portion of Medicare. The report describes the basic features of any competitive bidding process, and outlines lessons from three systems of competitively bidding healthcare markets by the U.S. 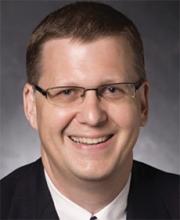 His recent book, Above Politics: Bureaucratic Discretion and Credible Commitment, was published in 2016 in the Political Economy of Institutions and Decisions series of Cambridge University Press. Written with Gary J. Miller of Washington University in St. Louis, this book is about the most recent financial crisis and how the regulatory state shapes markets, economic performance, and innovation. The book received the American Political Science Association’s 2017 Gladys M. Kammerer Award for U.S. national public policy, the International Political Science Association’s 2017 Levine Prize for comparative administration and public policy, and the 2016 Book of the Year Award of the Section of Public Administration Research (SPAR) of the American Society of Public Administration.

His first book, Presidential Rhetoric and the Public Agenda: Constructing the War on Drugs, written with Jeff Yates of Binghamton University, was published by Johns Hopkins University Press in 2009. His research papers have appeared in peer-reviewed journals such as the Administrative Science Quarterly, the Journal of Public Administration Research and Theory, the Journal of Policy Analysis and Management, the American Journal of Public Health, and the American Journal of Political Science. Current research topics include the use and regulation of emerging technologies, moral hazard in public policy, and tools like machine learning.

He also serves as Co-Editor of the Cambridge Elements Series in Public and Nonprofit Administration, Field Editor at the Journal of Public Policy and an elected Fellow of the National Academy of Public Administration. He received the 2017 Herbert A. Simon Award for “significant contribution to the scientific study of bureaucracy.” He has lectured and conducted research around the world. He is currently Visiting Honorary Senior Research Associate in the School of Public Policy at University College London and Research Fellow in Arizona State University’s Center for Organization Research and Design. The IBM Center has published one report by Dr. Whitford. “Designing Competitive Bidding for Medicare,” written with John H. Cawley of Cornell University, was published in 2004.