A Learning-Based Approach to Leading Change

This report examines the experiences of five federal agencies which are currently running focused initiatives to apply the tools, principles and perspectives of organizational learning. As a program assessment, this study addresses the successes and failures of organizational learning based on these five case studies, and presents these findings to the community at-large. Human Capital Management 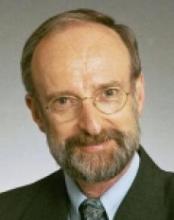 Dr. Sugarman has been a professor of management at Lesley University in Cambridge, Massachusetts, since 1979. He is now a research associate at the Verdict Center, supported by the Veterans Health Administration at the University of Texas, San Antonio, to study and improve the dissemination of new medical knowledge. Formerly a research associate at the Center for Organizational Learning at the MIT Sloan School of Management, Dr. Sugarman is conducting a 20-case, comparative study of change initiatives in business and government organizations that emphasize participation and a learning-based approach to change leadership. Among the topics being investigated are the roles of formal and informal leaders in introducing new ways of learning in the workplace; the shifting of shared understandings about the boundary between “work” and “learning”; and ways of more effectively creating, refining, and sharing knowledge in work groups, communities of practice, and other social networks.

The first five years of Dr. Sugarman’s career were spent at Oxford University, England, and focused on the sociology of learning. Towards the end of that period he became deeply interested in what was then the radically new model of the therapeutic community for addiction recovery. He was one of the first to study and assist those therapeutic communities in the early 1970s and published several pieces in this area. That interest led to several years of working outside the academy, gaining experience in both the nonprofit sector and county government. In Dayton, Ohio, he developed an accountability system for all the nonprofit agencies that contracted with the county board of mental health and mental retardation. At Lesley University Graduate School, he taught mid-career professionals in health services and general management areas. He also designed and directed the unique master’s degree program in management of substance abuse services. Barry Sugarman grew up in London, England and began to explore the United States as a graduate student. He is now a U.S. citizen.

He has been a consultant to a variety of organizations on strategic management, program assessment, and the improvement of learning systems. He is now teaching a course on organizations in the Internet economy at the Harvard University Extension School.