Delivering on the Vision of Multi-Domain Command and Control

Across the defence and national security landscape, all involved are grappling with the speed of technological change and the deteriorating strategic context. Everyone, from capability development to planning to operations, is aware that Western Allies no longer have a technological advantage over peer adversaries. This means to win the future battle, we must be focused on gaining situational advantage—making decisions better and faster than the enemy. Multi-Domain Command and Control (MDC2) is focused on gaining that decision superiority. 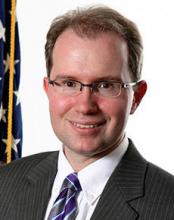 Dr. David Bray is a distinguished fellow at the non-partisan Stimson Center and a distinguished fellow at the Atlantic Council. He is principal at LeadDoAdapt Ventures, focused on how data and new technologies are changing the world. Dr. Bray has served in a variety of leadership roles in turbulent environments, including satellites associated with the Ballistic Missile Defence Organization in the mid-1990s, bioterrorism preparedness and response from 2000-2005, executive director for a bipartisan national commission on research and development, providing non-partisan leadership as a federal agency senior executive, work with the U.S. Navy and Marines on improving organizational adaptability, and with U.S. Special Operation Command’s J5 Directorate on the challenges of countering disinformation online. He has received both the Joint Civilian Service Commendation Award and the National Intelligence Exceptional Achievement Medal. Business Insider named Dr. Bray one of the top “24 Americans Who Are Changing the World” under 40 and he was named a Young Global Leader by the World Economic Forum. For twelve different start-ups, he has served as president, chief strategy officer, and strategic advisor roles.