H. Brinton Milward is the Director of the School of Government and Public Policy at the University of Arizona. He holds the Providence Service Corporation Chair in Public Management.

Inter-Organizational Networks: A Review of the Literature to Inform Practice

This report examines the literature on interorganizational networks that has evolved over the past decade, which has been written from the perspective of a wide range of academic disciplines, such as sociology, business management, public administration, and political science.

Key Actions That Contribute to Successful Program Implementation: Lessons from the Recovery Act

Historically, spending under stimulus legislation tended to peak after a recession was over, oftentimes creating inflation instead of jobs. To avoid this, the Recovery Act man­dated tight timeframes, with 70 percent of the money required to be spent within 17 months to generate jobs. There was significant concern that this rapid spending might result in an estimated $50 billion in waste, fraud, or abuse. Accordingly, there were stringent transparency and accountability requirements embedded in the law.

A Manager's Guide to Choosing and Using Collaborative Networks

This report can be viewed as a public manager’s primer on collaborative networks. It distills key concepts about the types and purposes of networks and, more importantly, what managers need to do if they find themselves in charge of or participating in a network. Authors’ practical insights are rooted in more than two decades of observing ongoing networks, mainly at the local and regional levels, where much of the innovative work in using networks is occurring. 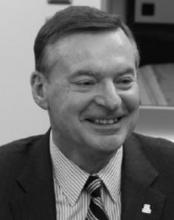 H. Brinton Milward is the Director of the School of Government and Public Policy at the University of Arizona. He holds the Providence Service Corporation Chair in Public Management.

Dr. Milward's research interests revolve around networks and collaboration. The focus of his work has been on understanding how to efficiently and effectively manage networks of organizations that jointly produce public services like health and human services. He has conducted studies of what happens when governments privatize public services, which he terms "governing the hollow state." In addition, since 9/11 he has studied illegal and covert networks that pursue grievances or greed. His articles on "Dark Networks," have been widely cited for their application of network analysis and management theory to terrorist networks, human trafficking, drug smuggling, and other illegal activities. His particular foci have been the governance of dark networks, their trajectories, and accounting for their relative degrees of effectiveness and resilience.

Milward received his B.A. from University of Kentucky and his Ph.D. from Ohio State University.