A Changing Workforce: Understanding Diversity Programs in the Federal Government

This report assesses the scope and effectiveness of the "managing diversity" initiatives undertaken by many federal agencies. Despite the significant amount of public funding expended on these inititatives, there has been very little systematic evaluation of their success. This study identifies those practices that have been most effective in creating an equitable work environment. Human Capital Management 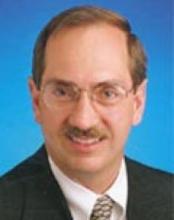 J. Edward Kellough is Associate Professor in the School of Public and International Affairs and Director of the Doctoral Program in Public Administration at the University of Georgia. Professor Kellough teaches courses in Public Personnel Administration/ Human Resources Management, Program Evaluation, Public Administration and Democracy, and other topics. His principal research interests are in the area of public personnel management. He has focused recently on employee turnover in the public service, alternative pay structures including pay for performance, civil service reform, the reinventing government movement, equal employment opportunity/affirmative action in the public sector, and the concept of representative bureaucracy.