Stefaan G. Verhulst is Co-Founder and Chief Research and Development Offcer of the Governance Laboratory @NYU (GovLab) where he is building a foundation of research and experimentation on how to transform governance using advances in science and technology.

Encouraging and Sustaining Innovation in Government

According to a 2015 survey by Pew Research Center, the public believes existing democratic institutions are failing. Just 20 percent say the federal government runs its programs well, and 59 percent say the government is in need of “very major reform”—up 22 points since 19971. With rates of trust in government at an all-time low, technology and innovation will be essential to achieve the next administration’s goals and to deliver services more effectively and effciently. 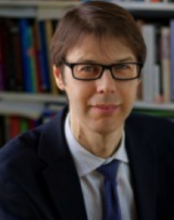 Stefaan G. Verhulst is Co-Founder and Chief Research and Development Offcer of the Governance Laboratory @NYU (GovLab) where he is building a foundation of research and experimentation on how to transform governance using advances in science and technology.

Previously at Oxford University he co-founded and was the Head of the Programme in Comparative Media Law and Policy at the Centre for Socio-Legal Studies, and also served as Senior Research Fellow of Wolfson College. He is still an emeritus fellow at Oxford. He also taught several years at the London School of Economics.

Verhulst was the UNESCO Chairholder in Communications Law and Policy for the UK, a former lecturer on Communications Law and Policy issues in Belgium, and Founder and Co-Director of the International Media and Info-Comms Policy and Law Studies at the University of Glasgow School of Law. He has served as a consultant to numerous international and national organizations, including the Council of Europe, the European Commission, UNESCO, UNICEF, World Bank, UNDP, USAID, the UK Department for International Development among others.

Verhulst has published—including nine books—and spoken widely on a variety of topics at the intersection of technology, society and governance. His latest writings, projects and speaking engagements are focused on how the increased availability and use of data, new ways to leverage the capacity, intelligence, and expertise of people in the problem-solving process, combined with new advances in technology and science can transform governance.