The next post in this series moves away from addressing agile competencies in the traditional masters’ program the subject of the prior post, and suggests the creation of a portfolio track approach for future programs that provide education on agility in government.  Broadly speaking, five portfolio tracks would serve as the main set of offerings of new public affairs education.  These tracks would share five attributes:

Two basic approaches exist to promote learning prior to entry into the workforce: (1) use existing program structures and educational protocols, and (2) reimagine how public affairs education is offered.

Common to each approach is the development of an Induction Phase of education required for all students. This blog is organized as follows:

In this and the next three posts, I lay out new frameworks for educational and training programs intended for those moving into government (pre-career service), and for those currently serving in public service (professional development).  These frameworks build from ideas in this series, and offer possible approaches for designing relevant, integrated public affairs education and deliver that to a broad, diverse population.

Angela Evans, Visiting Fellow at the IBM Center for The Business of Government & Former Dean of Public Affairs at the LBJ School, University of Texas, Austin

(Note:  this post builds on a blog series about developing an agenda for agile government in schools of public affairs.1)

(Note:  this post builds on a blog series about developing an agenda for agile government in schools of public affairs.1)

(Note:  this post builds on a previous blog in this series about developing an agenda for agile government in schools of public affairs.1)

Agile Government Why Now: An Introduction 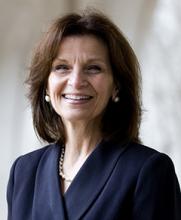 Angela Evans is a Visiting Fellow with the IBM Center for The Business of Government.  Prior to this role, Dean Evans joined the faculty of the LBJ School in 2009 as a Professor in the Practice of Public Policy at the LBJ School of Public Affairs.  In 2016, she assumed the position of dean of the School and in 2021 was named Dean Emerita.  She  also facilitated a nationwide discussion with other university deans on the future of public policy in higher education. Dean Evans has earned numerous teaching awards, including the 2012 Texas Exes teaching award; the most valuable class (2010 and 2012) and the most helpful professor (every year since 2010).

Prior to joining the LBJ School, Dean Evans worked for the US Congress for nearly 40 years, the last 15 of which she served as the Deputy Director of the Congressional Research Service (CRS), a legislative branch agency that provides nonpartisan research and public policy analysis to Congress. In this capacity, she oversaw all facets of the research scholarship, development and operations within the Service. She led the first agency-wide reorganization in thirty years, developed the first agency-wide interdisciplinary collaborative research framework, secured foundation support for several large research projects, and oversaw a $110 million budget and 700 professional staff representing a broad range of disciplines, including those from law, the physical and social sciences, and medicine.