Dan Kim, Director of the California Department of General Services 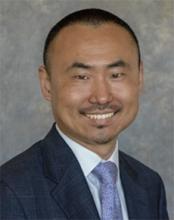 Director of the Department of General Services
State of California
United States
Daniel C. Kim was appointed director of DGS on May 29, 2015.
Kim served as chief deputy director of operations at the California Department of Public Health since 2011. He served as deputy director at the Sacramento County Department of Human Assistance from 2002 to 2011, budget and legislative affairs manager at the San Francisco Department of Human Services from 1998 to 2002, management consultant at Price Waterhouse from 1996 to 1998 and fiscal and policy analyst at the California Legislative Analyst’s Office from 1994 to 1996.
Kim has a Bachelor of Arts degree in Political Economy of Industrialized Societies from the University of California, Berkeley, and a master's degree in Public Policy from the Kennedy School of Government at Harvard University. He and his family live in Sacramento.