Terry Gerton was named President and CEO of the National Academy of Public Administration in January 2017. The Academy is an independent, non-profit, and non-partisan organization, chartered by Congress to assist government leaders in building more effective, efficient, accountable, and transparent organizations. 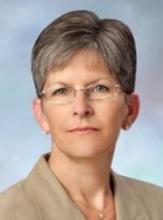 Terry Gerton was named President and CEO of the National Academy of Public Administration in January 2017. The Academy is an independent, non-profit, and non-partisan organization, chartered by Congress to assist government leaders in building more effective, efficient, accountable, and transparent organizations.

Ms. Gerton brings to the Academy nearly 12 years in the Senior Executive Service as a career member and as a political appointee, and 20 years of service as an active duty Army officer. She has a broad range of experience in all aspects of public service management, and her expertise has been recognized with both the Distinguished and the Meritorious Presidential Rank Awards.

Most recently, Ms. Gerton served from June 2013 to January 2017 as the Deputy Assistant Secretary for Policy for the U.S. Department of Labor Veterans’ Employment and Training Service where her work helped drive the national veteran unemployment rate to its lowest in eight years.  While at Labor, she also led the Department’s Center for Faith-based and Neighborhood Partnerships.

Prior to joining DoL, Terry spent 2 years as a Vice President at The Cohen Group, a Washington, DC consulting company. From 2003-2011, she served for eight years as a member of the Senior Executive Service in the Department of Defense. In her last position there, she was the Executive Deputy to the Commanding General of Army Materiel Command where she was responsible for the daily operations of over 70,000 civilian and 1,500 military employees around the world. Prior to that, she served as AMC's financial controller for three years. She also served in the Office of the Secretary of Defense, Program Analysis and Evaluation where she was responsible for executing all aspects of the development of the OSD Future Years Defense Plan and submitting the plan to Congress.

Ms. Gerton's twenty years of military service included a variety of staff and leadership positions, including the Executive Officer for the Army's largest battalion (a 1200-soldier corps support maintenance battalion at Fort Hood), Professor of Economics at the United States Military Academy, and Company Commander of a 300-person direct support maintenance company in Germany.