Buying IT, Part 2: It’s the People 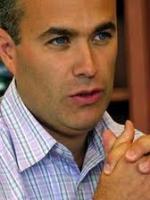 Tuesday, November 30, 2010
Dan Chenok
Recent recommendations from OMB around IT Reform depend critically on the ability of those individuals and teams to manage large scale IT programs effectively, and to communicate with each other before, during, and after the contracts for such programs ar

The IT Reform policies announced by OMB Deputy Director Jeffrey Zients and Federal CIO Vivek Kundra two weeks ago continue to have an impact on the IT community and beyond.  Their strategy drew in good measure from government and industry recommendations, one of the most prominent of which was a study by the TechAmerica Foundation, entitled “Government Technology Opportunity in the 21st Century” (www.techamericafoundation/gto21) (I served as an advisor to the Commission).

Two key areas where change is afoot involve the people side of delivering technology:  improving how large IT programs are managed across the government, and enhancing communication among key government and industry stakeholders throughout the IT acquisition lifecycle.  Before Thanksgiving, I write about the elements of this strategy that called for smaller modules and a focus on risk reduction as key (www.businessofgovernment.org/blog/business-government/buying-it-shorter-better-right-checks).  Even more important will be how individuals and teams work to get the job done well.

Redefining and Elevating Program Management.  The Government has access to many programs devoted to training and retaining project managers.  Project management is part of but different than broader management of “programs” – whether those programs are a single large IT effort, or a set of related activities.   The skill set and environment needed to succeed in the program management arena involve more than tracking cost, schedule and performance metrics:

I have been part of a group of current and former government executives, working through the Partnership for Public Service, who have sought to raise the profile of program management in government for several years (see more detail in an op-ed from my colleague on this group, Alan Balutis, at http://fcw.com/articles/2010/11/29/comment-alan-balutis-government-it-performance.aspx).  The increased attention paid to program management by the Tech America study and similar efforts, and heightened by the OMB announcement, will hopefully lead to a truly transformative development in IT leadership and improved program outcomes.

Communication is the Keystone.  Having spent 15 years in Government and now 7 years in industry, I have seen from both perspectives how a solid and shared understanding of requirements that is driven by appropriate incentives can produce strong positive results.  Unfortunately, this shared perspective is generally the exception rather than the norm.  Lack of communication often leads to requirements from the government written in a vacuum divorced from commercial or government best practice; RFPs that focus on bureaucracy rather than mission and program objectives; industry responses that optimize on procedural points rather than substantive goals; and delivery that loses sight of the ends to be achieved and sometimes overruns cost and falls behind schedule.

Possibly the single most important contribution that the OMB announcements – since reinforced in a blog post by Deputy Director Zients at www.whitehouse.gov/blog/2010/11/19/driving-it-reform-update -- can make is to foster conditions that permit more open communication across IT reform stakeholders.  I would include in this group the beneficiaries of IT programs, such as students and families who go online for college financial aid or even taxpayers who interact with the government each April 15.  If they, industry providers, and the government sponsors all work from the same script, and each understands how success is measured and rewarded in that script, the people in this movie may indeed contribute to a happy ending!