Cognitive Readiness: The Future for Success? 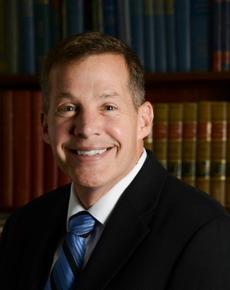 Note: The IBM Center recently released Seven Drivers Transforming Government, a series of essays exploring key drivers of change in government. It is based on our research and numerous insights shared by current and former government officials. This blog is the seventh and final in a series of excerpts from each of the seven essays.

The Transformative Nature of the Digital Revolution

Digital transformation goes beyond simply advances in technology. It also involves disruption in how problems are tackled, how work is done, and how expectations are met.  Digital has ushered in new ways to improve the user experience, leveraging innovative approaches such as design thinking—a structured, interactive method to facilitate innovation among stakeholders. And digital technologies significantly enhance how government operates; for example, NASA has used virtual reality for data visualization and the Department of Veterans Affairs (VA) to treat post-traumatic stress disorder .

This revolution will drive major changes for how government does business. As the Federal CIO Council’s State of Federal IT report indicates, moving to a digital government will significantly impact every federal agency and its employees.

The transformative opportunities described above build on two decades of progress that reflect advances in how government has leveraged the internet. These phases of change fall into three broad areas, and the functionality that each era brought remains part of the overall digital government landscape .

Modernizing IT and Realizing the Benefits of Digital

A recent IBM Center report, Digital Service Teams: Challenges and Recommendations for Government finds that an important driver to rethinking government approaches to digital service delivery is the so-called “legacy IT” problem, which stems from the fact that many countries began to digitize their operations decades ago using technologies now “aging in place .”  GAO reported that about 75 percent of record-high spending on government IT in 2016 went to the operation and maintenance (O&M) of legacy systems that are becoming obsolete. OMB has estimated that $3 billion worth of federal IT equipment will  reach  end-of-life  status in the next three years .

Private sector experience has demonstrated that strategic investments in technology can produce long-term cost reductions and bring a significant positive return. As noted in the Technology CEO Council (TCC) report The Government We Need, duplicative and obsolete legacy systems can be replaced with modern technologies on more cost-efficient platforms. A 2015 report by the Information Technology and Innovation Foundation suggests that every $1 increase in new IT spending led to as much as a $3 .49 reduction in overall government expenditures. Applied to the scale of the federal government, investment in new IT systems could yield billions in reduced costs while improving productivity. Building for the future requires agencies to transform legacy systems using cloud services and shared solutions that will result in substantial cost savings, allowing agencies to optimize spending and reinvest in critical mission needs and leverage modern technologies such as mobile and the Internet of Things.  The government’s recently released IT modernization strategy provides a  roadmap for agencies in achieving these objectives.

Driving change in the federal government requires more than new policies or the infusion of new technology; it requires a sustained focus on implementation to achieve positive and significant results. Agencies must find ways to invest in modern technologies to support secure and scalable applications. Identifying and prioritizing efforts for investment, integrating these priorities into agency and federal budget planning cycles, and applying appropriate measures to track the success of key efforts will drive solutions based on modern, cloud-enabled IT infrastructure, mobile services, and IT security. Critical to effective investment in digital modernization is understanding the existing barriers to capture savings over time from those investments and identifying means to overcome these barriers. Defining pathways to invest in emerging technologies that can help government will inform where and how private sector entities may most effectively support digital transformation in ways that improve performance and reduce costs.

For example, changes in IT contracting practices also involve government leaders identifying new approaches to procure commercial technologies and recognize the return on investment (ROI) over time. Current procurement rules limit agencies’ ability to buy technology “as a service” and pay for it over a 5–10-year period. With private sector funding, agencies can approach IT modernization as a service they buy over time, not limited to whether they have funds for a multi-year investment in the current year’s budget. The government can work with private sector partners and acquire modern technology to provide cost effective services for American taxpayers.

Digital government enables citizens and an increasingly mobile federal workforce to securely access  high-quality information,  data  and  services  anywhere, anytime, on any device . As government adjusts to this new digital world, agencies must work together to build the modern infrastructure needed to support digital government efforts and leverage the federal government’s buying power to reduce costs.

The digital government of the future will no longer simply automate previously manual processes. Rather, citizens will help drive agencies to  modernize,  and agencies will work together to integrate systems and applications across platforms. As the 21st century evolves, digital government will drive efficiency, effectiveness, and performance improvements -- harnessing the power of technology to meet the challenges of today while seizing the opportunities for tomorrow.