Government IT and September 11 – Recollections and Continuances 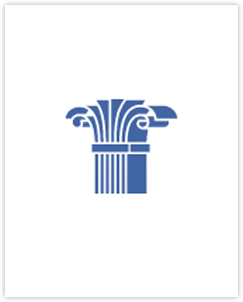 This past week, millions of people here and around the world have remembered the tragedy of 9/11, the bravery shown by so many, and the ways that the world and our lives have changed since that day.  So many of us have stories of where they were, what they were doing and thinking, and what happened just before and just after.  A number of my memories from OMB, where at the time I was the head of the Information Policy and Technology office, address different ways that the IT community was impacted and contributed to the times – interestingly, those impacts continue to intersect with issues that face the Government and technology today.

Immediacy:  An International CIO meeting disburses.   For several months, OMB had been working with the Council for Excellence in Government (CEG) to host a forum on Sep. 11 about international implications for electronic government, including a number of CIOs from around the world.  Several had arrived in Washington Sep 10, and we were getting ready for the meeting’s start the next day.  When the plane hit the Pentagon and most buildings were evacuated in downtown DC, I headed from OMB and 17th and Pennsylvania Ave to CEG at 1301 K St (walking past thousands of people in the streets who were, as were we all, trying to make sense of what to do next).   CEG’s team, led by Pat McGinnis, was gracious in allowing the participants of the meeting to stay in their office space.

We quickly decided that the meeting would be cancelled.  However, there were several official representatives of partner nations who were unsure how to proceed; together we realized that their home embassies were the safest place, and agreed to escort them to those locations.   I joined with Bill Eggers, now with Deloitte, and walked two individuals to a safe location – including Canadian CIO Michelle D’Auray to the Canadian embassy.

As has been demonstrated every year since then, international meetings on IT and e-government –and especially annual meetings with US, Canadian and Mexican CIOs --  have continued to strengthen collective knowledge and opportunities to collaborate across borders.  The precedent set by the interest in that meeting, event though it did not actually take place, was an early signal that these relationships would have great value for international e-government over time.

Alternate Locations:  eGov to the Rescue.   During the morning of Sep. 11, OMB Director Mitch Daniels was unable to access his offices in the Old (now Eisenhower) Executive Office Building. Communications to and from the OMB Director’s office were clearly a critical path to restore quickly that day.  The Director met OMB staff at that time (not me), who suggested that the office occupied by the "Quicksilver" E-Government initiatives at 1776 G St had available space, phones, and desks.  Director Daniels headed one block over and used the office as a base, later joined by other senior staff.

Ironically, among the Quicksilver projects still being reviewed on September 11 were a portal to assist citizens facing a natural or manmade disaster (then known as "disaster management.gov", now part of FEMA's programs), and a standards-based approach to create greater interoperability for wireless public safety networks (which became Project Safecom, also operated by DHS).  So the space that housed e-gov projects made more imperative as a result of 9/11 -- and which helped contribute to an improved emergency response posture today -- was also for a short time part of the critical communications response action for OMB.

A Privacy Initiative Delayed and a Privacy Context Changed.  Today, protection of privacy and civil liberties plays a key role as a value to protect in addressing the nation’s homeland and national security needs.  As a candidate, then-Gov Bush released a number of position statements that were very much in line with protection of privacy as something he would pursue if elected; upon election, a group of staff put together a privacy initiative for review that comprised a number of policies which later became policy under the E-Government Act of 2002 – these included reasserting and advancing some policies regarding notice in the Clinton Administration, advancing new policies that would make notices readable by computers, and promoting greater analysis of privacy impacts.

A high-level White House briefing on this initiative was set for Sep. 12, 2001 – meeting that never took place, cancelled given the clear needs to focus on the immediate aftermath of events.  It would be two years before the E-Government Act and OMB policy memoranda were released, and the question of whether privacy and civil liberties have been overly constrained is one that continues to be debated.