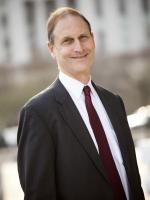 Wednesday, July 21, 2010
Michael J. Keegan
A Profile of Dr. David Blumenthal, National Coordinator for Health Information Technology
The U.S. healthcare system has a history of innovation marked by the ability to translate basic research into new clinical and therapeutic

approaches that sustain human life and health. Such success brings with it significant challenges. Healthcare costs continue to rise at rates higher than inflation while producing a system mired with inconsistent quality and ever expanding access pressures. Against this backdrop, the Institute of Medicine has concluded that the American healthcare system is in need of fundamental change, noting that healthcare today harms too frequently and fails to deliver its potential benefits. “In the 21st century, for two and a half trillion dollars, I think we can do better,” declares Dr. David Blumenthal, national coordinator for Health information Technology (HIT) within the U.S. Department of Health and Human Services (HHS).
Dr. Blumenthal leads the office charged with implementing a nationwide, interoperable, privacy

-protected health information technology infrastructure. “The Office of national Coordinator for Health IT (ONC) was created in 2004 by Executive Order [13335],” explains Blumenthal. “it was initially mandated to provide a coordinating function across the federal government in helping to organize health information technology activities.” Blumenthal acknowledges that at its inception the office was fairly small with limited resources, but with a uniquely important mission. “Health information technology,” explains Blumenthal,“is just a way of collecting and moving a patient’s health information. It’s what I think of as the circulatory system. If you think of information as the lifeblood of medicine, then health information technology is its heart and arteries.”
Many believe that health information technology or health IT has the potential to transform the practice of healthcare by reducing costs and improving quality. While health IT offers much promise, there is a need for leadership, coordinated action, infrastructure and incentives, and common agreement for its promise to become reality. The passage of the Health information Technology for Economic and Clinical Health Act of 2009 (HITECH Act) seeks to transform the promise of health IT into a healthcare system built for the 21st century. It has instantiated this office in law, providing the national coordinator with more resources, clearer authorities, and many time-sensitive requirements. “This has required us to look at the office and re-create it as a locus of action and leadership,” asserts Blumenthal, “for a very ambitious project, ambitious by any governmental or non-governmental standard.” The HITECH Act allocated $2 billion directly for his office to do just this and lay the groundwork for the accelerating the adoption and meaningful use of health IT nationwide. “To take a country that extends from the Bering Strait to Key West that is as diverse as this country with the variation in its health system from rural Montana to downtown Chicago is a tremendous project of social change,” acknowledges Blumenthal.
Serious barriers to the adoption and use of health IT, specifically an electronic health record (EHR), continue to exist. “The barriers are pretty well defined,” explains Blumenthal. “The first is money. The second is technical and psychological— fears that providers have of buying the wrong technology or not being able to implement it. The third is a lack of a workforce to support the implementation of health information technology.” Blumenthal has begun to tackle many of these issues by using the funding and authority afforded his office under HITECH. This has involved working with the Centers for Medicare and Medicare Services (CMS) along with the HIT policy and the HIT Standards committees, to establish a regulatory regime that defines “meaningful use” as well as set standards and certification criteria for health information systems.

According to Blumenthal, no other country has ever, in regulatory form with such precision and completeness stated, in effect, this is what we expect of the most modern health information systems. “I’m not a technical person,” explains Blumenthal. “I think in some ways that’s been an advantage. I’m here because I care about reforming the health system and helping patients. I used an electronic health record for a decade as a physician, so I know what it’s like to use it. I can speak credibly, and with authority, about an electronic health record. I’ve seen it make me a better doctor. I can tell very specific stories about decisions it has improved, care it has improved, and money it saved for me as an individual physician.”

You can read the complete profile of Dr, Blumenthal in the Spring 2010 The Business of Government magazine:  Implementing the National Health Information Technology Agenda

You can hear the entire interview with Dr. Blumenthal on The Business of Government Hour: