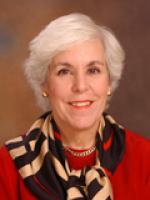 On Wednesday, January 13, approaching the first year anniversary of the Obama administration, the Partnership for Public Service will release a report entitled, Ready to Govern: Improving the Presidential Transition, on improving the presidential transition. Based on exclusive interviews with key transition officials from both the Obama and McCain campaigns, and the Bush White House, this report examines the transition beginning early 2008 through the President’s first year in office.

The report offers recommendations to the White House, campaigns and Congress include making major fixes to the Presidential Transition Act, so the next president can be ready to govern on day one. According to the Partnership, Ready to Govern will be available at ourpublicservice.org.

At the report release, a panel, including Martha Kumar, Director, White House Transition Project, will discuss the report’s findings and recommendations. Martha outlined some of her insights on the most recent presidential transition in the latest edition of the Center’s Fall/Winter 2009 issue of The Business of Government Magazine , in an article entitled, Government Security Initiatives with an Impact on the Transition.

One of the aspects that makes the 2008-2009 transition such a well thought out one is the groundwork laid by government actions taken to enhance national security. The Congress and the president viewed a smooth transition a national security necessity and both branches took action on issues related to getting a new administration up and running as soon as possible. The impetus for much of their preparatory work was the events of September 11, 2001. The attacks on the United States that day had a substantial impact on the shape of the 2008-2009 transition. In two particular subject areas discussed here, the National Commission on Terrorist Attacks Upon the United States [the 9-11 Commission] recommendations shaped the course of the 2008-2009 presidential transition. Security clearances for administration nominees and contingency crisis plans are areas where Congress and the administration took action.

The focus of this article is the thoughts and reflections of those involved in the most recent presidential transition on these two issues: security clearances for administration nominees and contingency crisis plans. Developed through interviews I conducted with those active in the transition, the piece describes the actions officials took and their thoughts about what happened during the pre-presidential period in preparing for a smooth handoff of power.

The 2008-2009 transition taught us that all benefit when a president directs early and thorough preparations for the change of administrations. At the direction of President Bush, Joshua Bolten guided a government-wide effort to define and then meet the needs of the new administration. Presidents today cannot afford to let preparations wait until after the election. Through legislation, executive direction, and individual effort, the Congress, President Bush, and career and political officials in the departments and agencies all worked hard at preparing the next president and his team for the responsibilities of governing, especially in the national security area.

Download a copy of the article: Government Security Initiatives with an Impact on the Transition

Listen to an interview with Martha Kumar on presidential transitions: The Business of Government Hour

Join us next week for a Special Edition of The Business of Government Hour as Martha will be our guest and provide more insights on the last presidential transition.