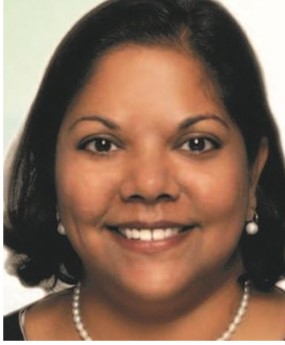 Rupa Bhattacharyya, special master of the VCF, joined me on The Business of Government Hour to discuss her priorities, how the program works, efforts to expand outreach to the 9/11 community, and what the future holds for the VCF. The following is an edited excerpt of our discussion.

On the History and Mission of the VCF The VCF was originally created in 2001, immediately following the attacks, as an alternative to tort litigation, and was designed to provide compensation for any individual  (or a personal representative of a deceased individual) who suffered physical harm or was killed as a result of the terrorist attacks. The original VCF (known as “VCF I”) operated from 2001-2004 under the direction of special master Kenneth Feinberg, distributed over $7 billion, and concluded operations in June 2004 after compensating more than 5,500 claimants. In 2011, as it became clear that exposure to the toxins generated in the aftermath of the attacks was having lingering health effects, Congress passed and the president signed the James Zadroga 9/11 Health and Compensation  Act of 2010, which reactivated the September 11th Victim Compensation Fund (now known as “VCF II”), expanded its pool of eligible claimants, and appropriated $2.775 billion    to pay claims. VCF II opened in October 2011 and was originally authorized to accept claims until October 2016.    In December 2015, Congress reauthorized the VCF for five more years, allowing individuals to submit claims until December 18, 2020, and appropriated an additional $4.6 billion to pay claims, bringing the total appropriated amount for VCF II to $7.375 billion. By February 2019, however, it became clear that that funding was insufficient to compensate the number of claims pending and expected, and in fact, the VCF made the decision to   slash awards by up to 70 percent in order to preserve the available funding, as it was required to do under the law.

As a result, just recently, on July 29, 2019, the president signed the Never Forget the Heroes: James Zadroga, Ray Pfeifer, and Luis Alvarez Permanent Authorization of the September 11th Victim Compensation Fund. The VCF Permanent Authorization Act extends the VCF’s claim filing deadline from December 18, 2020, to October 1, 2090, and appropriates such funds as may be necessary to pay all eligible claims.

On the Challenges of Managing the VCF

Top challenge I have is simple: getting claims reviewed in the  most timely, fair, and efficient way possible. It has long been my goal to reduce the time it takes us to review a claim— once we have everything we need—to 12 months or less.

We are not there yet, but we continue to make progress, and I am optimistic that we will be there soon. Now backing up to talk about what has changed. One of my top priorities, until the recent passage of the VCF Permanent Authorization Act, was making sure that we did not exhaust our finding.

That is a problem we no longer have—but that said, we are still extremely committed to the type of fiscal responsibility and responsible stewardship of government funding that helped to get us the vote of confidence that the legislation represents. Beyond that, our challenges are reflected in our ongoing mission—which is to operate the VCF in a manner that is fair to the claimants, faithful to the statute, and defensible to the taxpayer.

On the VCF Permanent Authorization Act

For the most part, the law is unchanged with two very large exceptions: the length of time until the filing deadline and the removal of a funding cap. Prior to passage of the law, the deadline for filing a claim was December of 2020. Now, people can file a claim until October 1, 2090. And while we previously operated with a set amount of appropriated funding that the VCF could not exceed, the new law appropriates such funds as may be necessary to pay all eligible claims.

On the VCF Claims Process

The VCF process has two distinct steps: registration and filing a claim. Registration is simple and fast and preserves your right to file a claim in the future if you become sick. You can register on the VCF’s website, at www.vcf.gov, or over the phone by calling the VCF Help Line at 1-855-885- 1555. You don’t need to be sick, exhibiting symptoms, or have a certification from the World Trade Center (WTC) Health Program to register. We encourage people to register with the VCF now, even if they are not sick, to avoid  missing any deadlines. There is no harm in registering and it does not obligate you to file a claim in the future or waive any legal rights.

Filing a claim is done once the WTC Health Program has certified an eligible 9/11-related illness. This requires the completion of the VCF claim form, and the submission of a number of relevant documents. As a general rule, claims are reviewed in “first in, first out” order based on the date the claim was submitted. The timeframe for processing depends on the type and complexity of the claim, whether the documents needed to evaluate the claim have been submitted, and other factors.

The VCF reviews claims in two phases: eligibility and compensation. For eligibility, the VCF reviews the claim to determine whether the claimant is eligible to receive compensation under the law. This includes assessing whether the claim was timely registered;  the  claimant has sufficiently proven that he or she was present at one of the attack sites or in the New York City Exposure Zone (Manhattan, south of Canal Street); the claimant suffers from an eligible physical injury or condition as certified   or verified by the WTC Health Program; and the claimant has properly complied with the Act’s requirements that any 9/11-related lawsuit be properly settled or dismissed.

On Accomplishments and What’s Next

The clearest indicator of the VCF’s success is the overwhelming vote of confidence the VCF received in July 2019, when the Congress overwhelmingly and with bipartisan support passed, and the president signed into law, legislation reauthorizing the VCF essentially permanently (until 2092) and providing it with such appropriated funds as may be necessary to pay all eligible claims, an unconstrained amount of statutory funding that is nearly unheard of in a program where awards are insulated by law from judicial review. The permanent authorization of the VCF, with no substantive alteration of its claim review procedures or mechanisms for award calculation, clearly reflects that the program is achieving exactly the results it was created to achieve. This has been an exceptional year, given the sheer volume of activity surrounding my decision early in the year relating to the reduction of awards and then the passage of the Permanent Authorization Act. But I am confident that the foundation we laid will continue to serve us well as we move forward to provide compensation to those suffering as a result of the 9/11 attacks for many years to come.