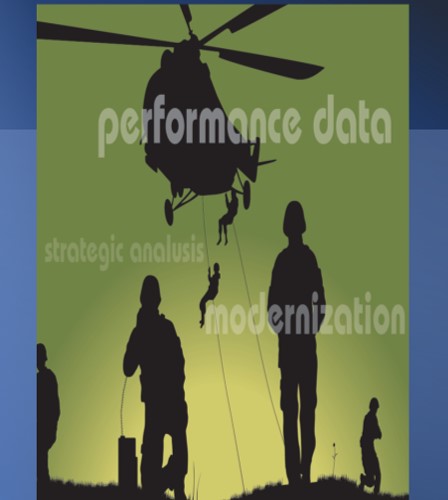 The U.S. Department of Defense (DoD) resource allocation process—the Planning, Programming, Budgeting, and Execution (PPBE) system— is now sixty years old. It has brought discipline and rigor to one of the toughest budget environments in the government. It has also been criticized for being slow and bureaucratic, hindering DoD’s efforts to accelerate modernization in the face of fast paced high technology advancement and increasing aggressive near peer adversaries.

With a budget of over $700 billion per year, DoD represents the largest discretionary spending agency in the U.S. federal government. Attempting to allocate and coordinate these resources to conduct operations, maintain readiness, and invest in modernization presents an enormous undertaking. But directing the allocation of resources enables the Secretary of Defense to establish and exercise control over DoD spending as an essential element of producing a strategy-driven budget. In an increasingly dangerous world with near-peer competitors investing rapidly and posing new and evolving risks, improving DoD resource allocation stands as a significant national security imperative. Given its importance, Congress has now focused on the PPBE system.

John Whitley, author of the recent IBM Center report, Three Reforms to Improve Defense Resource Management explains that the 2022 National Defense Authorization Act directed the establishment of a PPBE reform commission, tasked with conducting a comprehensive assessment of the efficacy and efficiency of all phases and aspects of the PPBE process.

Challenges to Reforming the PPBE process

The first key challenge is the lack of strategic analysis to support the planning phase of the PPBE system. In 2018, DoD issued a major change to its strategy. After two decades of counterterrorism and counter-insurgency warfare, DoD is pivoting to counter the increasing aggressiveness of near peer adversaries China and Russia. This will drive major changes to DoD posture, capability, and force requirements. But after four years, progress has been slow, and DoD still does not have analytically informed answers to many of these key requirements questions. DoD had a process previously for conducting this analysis and developing planning decisions, but it was significantly curtained a decade ago. Developing options to rebuild strategic analysis would be major contribution of the commission.

The second key challenge is to accelerate modernization. Shifting focus from the Middle East to the Pacific replaces a “permissive” operating environment with a “denied” operating environment. While horrific and costly to American lives and interests, the terrorist threat did not have the resources and capabilities of a large, technologically advanced state actor. From countering air defenses to long-range precision weapons, the U.S. needs to rapidly field new technology to maintain overmatch against near-peer rivals. PPBE reform options that enable more rapid modernization would be another major contribution of the commission.

According to Whitley, the third challenge involves the tendency of the PPBE system can be insular and operate off its own baselines in a disconnected way from reality on the ground. This underutilization of realized performance data is not surprising in an agency focused on a contingency mission (fortunately major wars are infrequent and we don’t have large data bases of our performance fighting near peer adversaries). But a wealth of data does exist and the failure to use them in planning, programming, and budgeting decision making leads to reduced readiness, inefficiency, and loss of buying power. Identifying ways to make greater use of realized financial and performance data would be another major contribution of the commission.

Three Reforms to the PPBE process

Whitley also notes that the three most important reforms needed today are rebuilding strategic analysis, improving the speed and agility for allocating resources, and expanding the use of performance data in decision making.

The PPBE Commission has a significant opportunity. To have this impact, it should focus on tangible problems like the lack of strategic analysis, improving speed and agility, and increasing the empirical grounding of analyses. It must dig deep enough into these challenges to identify root causes and structural solutions. And it must avoid common pitfalls that have plagued previous efforts at reform.

There is a long list of potential opportunities for institutional reforms that could improve the PPBE process. Institutional reforms combined with innovative business practices like digital transformation and as-a-service purchasing could give the commission some of its biggest impacts.

We hope that this report offers timely insights and guidance that can assist the PPBE Commission and other efforts to improve the PPBE process in achieving DOD’s critical national security mission.