The Next Four Years: Managing Across Agencies – Building from Collaboration to a New Model 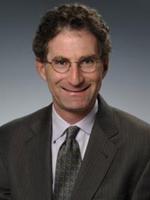 Monday, October 22, 2012
Dan Chenok
Most government activities are managed through programs in agencies. The pace of technology and business changes are causing leading organizations - that have always collaborated

- to move to a new model of managing activities from a cross-program view, leveraging resources to more effectively serve a citizen or business.

For most of the last century, when the public or Congress determines that there is a need for government activity in a certain area, the response has come in the form of a program that sits within an agency.  Funding is requested by Administrations within accounts dedicated to that program, which Congress then authorizes under Committees focused on that program.  Managers run their programs as a line operation, with staff (and often contractors) working within program authorities in a hierarchical structure.  Oversight processes -- from OMB to Congress to outside interest groups – are aligned to influence the program.  Results are generally measured by how much money is spent, how many people are served, and in some cases by outcomes tied to particular program missions.

Over the past two decades, and coinciding with the growth of the internet as an information resources that knows no boundaries, a growing number of initiatives have sought to collaborate across programs to better align government resources around those being served – including citizens, business, schools, states, or cities.  These initiatives have evolved from the Clinton Administration’s National Performance Review, which opened floodgates of cross-program ideas; through the Bush Administration’s E-Government initiatives, which used technology to integrate resources through common “front doors” that the public could enter to access common services and information without regard to which agency hosted a given service; and now to the Obama Administration’s “High-Priority Goals,” which focus on improving performance of over a dozen activities with programs in multiple agencies.

While technology can both identify consistencies and expose differences in how agencies provide services in areas ranging from education to environment to public safety, transparency and interagency coordination are only first steps.  A second stage is collaborating to develop consistency in how services are delivered in such areas, so that managers do not perpetuate different ways of doing business to achieve the same goal.  Just ask States that receive Federal funding from numerous agencies how much time and money they spend following different compliance and reporting paths for each agency to see why this is important.  Interestingly, last month GAO released a report addressing a variety of mechanisms for collaborating effectively, (see http://www.gao.gov/assets/650/648934.pdf)  – my Center colleague John Kamensky discusses the report in a separate blog post.

Ultimately, however, lasting and real change in the coming years will involve the ability to mange in ways that capitalize on the multiple paths to reach beneficiaries of common services.  The simplest approach to this would seemingly be to reorganize around these common services.  However, as has been demonstrated time and again, government reorganizations are complex and fraught with legal, institutional and budgetary challenges. As an alternative path, successful leaders in government can follow the enterprise model of the private sector, using technology and information to manage “jointly” across agencies – building from collaborative networks to share operations, overcome programmatic silos and improve services.

There are many examples of interagency committees to coordinate programs across common areas; however, most of those entities come together quickly, agree (hopefully) on a strategy forward, and then go back to their agencies to implement that strategy.  What if leaders took the opportunity to build on some successful models of actually managing programs in a coordinated way?  For example, a recent interagency cybersecurity committee (see description at http://www.gsnmagazine.com/node/27304) not only established goals across civilian and national security agencies, but also set up joint review processes to ensure that standards across agencies built off one another.

Success factors in such a “joint management” model include:

The ability to move from collaboration to joint management by leveraging multiple agency resources will only grow over the next four years, as leveraged technology and management models (including the cloud and “big data”) point out opportunities to gain greater performance by combining efforts across organizations and processes to improve performance in key mission areas.  And who knows – successful management integration without organizational change might just make it easier for key players to support such change in the future!