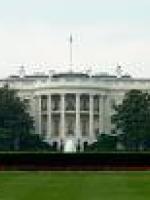 The Bush website provided links to key management initiatives, such as the President’s Management Agenda Scorecard, a list and bios of top political appointees, and a set of agency examples of best practices. That site was called Results.gov.   It also had a separate website that assessed the effectiveness of over 1,000 government programs, using an assessment tool called the Program Assessment Rating Tool (PART).  That website was called ExpectMore.gov.

Last year, the Obama Administration named its series of management reforms the “Accountable Government Initiative” and has now launched its tracking website, called performance.gov.  This new website describes and tracks the status of Administration reform initiatives via 8 “areas of focus:”

For each of these focus areas, the site provides both governmentwide information and agency-level details.

In addition to being a one-stop portal to the Administration’s “accountable government” reform initiatives and related OMB guidance, the site will eventually become the foundation for the newly-required “single governmentwide performance website” required to be created by October 1, 2012 under the recently-passed GPRA Modernization Act of 2010.

In each of the eight focus areas, the site allows users to drill down on different initiatives, many times via individual agencies’ own web pages.  For example, in the Human Resources focus area, the Administration has an initiative to respect and engage the workforce by “providing training opportunities, benefits that match employee needs, promoting a healthy work-life balance, improving Federal labor-management relations, and working to ensure employees are satisfied with their work experience.”

For each of these elements, the website provides data from governmentwide employee surveys as to employee views, and then the data are provided department-by-department (scroll to bottom of page), along with a description of what each agency is doing to make progress.  For example, in the Commerce Department, its employees rate their job satisfaction as increasing slightly to 68 percent and the department’s Chief Human Capital Officer, Scott Quehl, provides bureau-level scores for the Census Bureau, Patent and Trademark Office, etc.

According to OMB, the site will not be just an OMB view but a much broader view based on agency-level information.  The hope is that this new ability to share different approaches to improving management capacity and best practices across agencies will allow more peer-level sharing and learning.  And dashboards seem to provide a richer way of doing this than scorecards!