A Peaceful Transfer of Power is the Foundation of Good Government 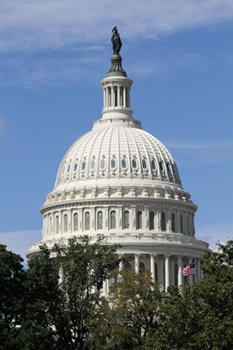 This weekend, I dropped my daughter at the airport for a return flight to college after a month-long break.  We talked about what she might do if she encountered anyone acting problematically given this week’s tragic and unprecedented actions on Capitol Hill, but I assumed this would be a hypothetical warning.

An hour later, she texted that there were people on the plane who had clearly participated in the events at the Capitol, wearing clothes with messages reflecting intent to disrupt the transfer of power and loudly advocating their case.  We talked about staying safe, and she reported that the noise subsided without serious incident.  I later learned that the Federal Aviation Administration Administrator – a former pilot and appointee of the current Administration – issued a strong warning against similar disruptions.

This exchange spurred further thought.  Those who entered the halls of Congress, bringing destructive harm to the center of national power, were also by extension threatening the very fabric of government that serves all Americans, regardless of political belief, every day.  And those traveling by air to and from Washington to cause such harm did so thanks to the safety and security provided by employees of the FAA and Transportation Security Agency – not to mention in cars and trains on roads and railroads whose safety is overseen by the Transportation Department.

Many of these same individuals may receive health care through Medicare or other government programs; may eat safe food thanks to the work of USDA or FDA; may be employed by or do business with small businesses that operate – especially this year – in part from SBA loans; or may be military veterans who receive health and social services from the VA.  They are certainly protected by law enforcement programs at DOJ that work in concert with state and local justice programs, and by the service of millions of military and civilian officials across DOD and the intelligence community.

All of these and many more government programs owe their success to career civil servants who work to carry out the mission of their agencies, who every day perform countless (and too often thankless) tasks that bring needed benefits to the American people.  This proposition will move forward as never before this year through government-industry partnerships that have formed to deliver COVID vaccines across the Nation.

Such actions by career civil servants take place across Administrations of both parties.  And they are authorized under laws that have been enacted by Congress.  The laws that guide delivery of government services are usually enacted in bipartisan fashion, and accepted by the people under a system of norms and trust that such laws were written in Congress and implemented by agencies for the benefit of the people without regard to their politics.

Essential to these norms is the belief that the political leaders of government have been appointed by the President -- and at the top, confirmed by the Congress – following an election where the winning candidate is recognized as such by the losing candidate.  This trust nexus has been restored every four to eight years for well over a century, through wars and depressions as well as elections that were much closer than what occurred in 2020.  Such a “social contract” lies at the heart of our federal system, and extends from leaders in Congress and the White House, to the agencies that write and carry out laws and are overseen by congressional committees, to the outstanding and unsung work of the men and women who work in the agencies to implement those laws.

A threat to the peaceful and constitutional transfer of power, even one that is not ultimately realized, undermines this essential equation.  If large portions of people receiving public services do not believe in the legitimacy of their government – if that legitimacy is threatened by unwarranted questioning of an election, or by unchecked attacks on the Congress that is at the very core of the system from which those services are authorized and then delivered – the effectiveness of government will necessarily suffer.

Attacks on the peaceful transfer of power in the US are being discussed across the country and around the world.  It is essential that leaders come together to reinforce the legitimacy of the duly elected government, and call to account those who would threaten this proposition through actions like those which occurred last week.  Moreover, leaders can make clear that those hostile to a peaceful transition act against not only the interest of the Nation, but also their own best interests as citizens receiving services from the same government they challenge.

Good government stems from its legitimacy, which must be reinforced now more than ever to support the work of agencies who serve and protect the Nation every day -- for my daughter, and for the future.

Image courtesy of suraches at FreeDigitalPhotos.net