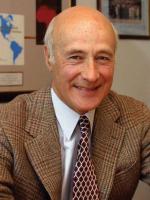 Power and its Dimensions in 21st Century World Affairs - Power is simply the ability to affect others to get the things you want. There are three ways to make this happen. You can threaten people with coercion: sticks. You can pay them: carrots. We sometimes talk about power as though it’s just twisting arms, but that’s not accurate. You can attract and persuade them to want what you want. This is what I call soft power. In practice, you need to use all three: economic, military, and persuasive power, to create what I call smart power—a combination of hard and soft power. If you can set the agenda for others or help to establish their preferences so that they want what you want, then you can get much done without twisting arms.

The rather simplistic view that marks a great power as one with the ability to prevail in war is probably not adequate for an information age. Today, it’s not just whose army wins but whose story wins—whose narrative of soft power wins. If we can get our narrative across, it may mean we don’t have to use as much hard power.  Power can be zero-sum, where you have power over others, but it can also be positive sum, where you get what you want by acting with others. We often think too much of power over and not enough about power “with.”  It may lead to a better way of getting the outcomes we want than just using power over another country, which can be counterproductive.

The other great shift is power diffusion, which is the movement of power away from all states—east or west—to nonstate or non-governmental actors. It’s basically a function of the extraordinary information revolution that we’re living through right now. In the last quarter of the 20th century, the price of computing power dropped a thousandfold. If the price of automobiles had dropped as rapidly, you could buy a car today for five dollars. When prices go down so dramatically, barriers to entry go down as well. Governments are still important, but the stage on which they act is so much more crowded than ever before.

Three-Dimensional Chessboard - No metaphor is perfect, but the three-dimensional chess metaphor reminds people that power always depends on the context and the distribution of power is very different in each context. So power in the military area may be very different from power in the economic or in the transnational area. Let me tell you what I mean. Think of this three-dimensional chessboard with the top board representing military relations among states. In that board the U.S. is the only global superpower. So on the top board people often say the distribution of power in the world is unipolar. Go to the middle board of economic relations among states, and it’s quite clear that the world is multipolar. Economics is the area where Europe can act as one entity when it wishes to, and when it does, its economy is larger than that of the United States. In addition you have China, Japan, and others whom we have to bargain with to get what we want—that’s multipolar.

The bottom board represents transnational relations and focuses on issues outside the control of governments: anything from hot money flows, to criminal gangs, to cyberterrorism, to impersonal processes like climate change or pandemics. In this area, power is distributed chaotically. The only way you can get the outcomes you want on this bottom board is by cooperation, by attracting others, by using your soft power to get others to work with you to deal with these types of issues.

We can’t deal with many of the problems that we face from this bottom chessboard of transnational relations without the cooperation of others. In that sense, this diffusion of power causes many new threats and challenges that can’t be solved by traditional instruments. Sometimes, the United States is a bit like a little boy with a hammer. A little boy with a hammer sees everything in the world as a nail. The United States has a wonderful hammer on the top chessboard of military power, but that doesn’t mean that the issues we’re dealing with on the bottom chessboard of transnational relations are nails. They’re usually quite the contrary. They’re amorphous and difficult to hammer.

Exploring Characteristics of Soft and Smart Power - The soft-power dimension grows largely out of a country’s culture and its values; it happens when a country lives up to its values and its policies are seen as legitimate in the eyes of others. Sometimes a country’s values are attractive, but its policies are, at least temporarily, unattractive.

Shaping a New Narrative for the 21st Century- For a long time people have talked about liberalism and realism as though they’re opposites. Very often, some realists have a rather mechanical view that it means the use of force and balance of power and nothing else. Some liberals have said it means you have more economic interdependence and that you can avoid any conflict. Both perspectives seem simplistic and wrong. When I talk of pragmatic realism I mean realism that starts with understanding the balance of military power, but doesn’t stop there.

Listen and download to my conversation with Professor Nye on The Business of Government Hour.

Read and download the complete Perspectives on the Future of Power, Security, and Leadership with Professor Joseph S. Nye, Jr., Harvard University