In Praise of Public Servants 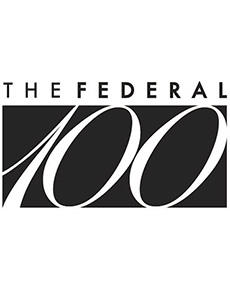 This week, FCW announced the list of winners of the 2017 Federal 100 Awards. For nearly three decades, the Fed 100 has recognized many impactful leaders who made a significant impact in federal IT during the previous year – the list highlights change agents in and with government who make a difference in how IT can drive mission performance and operational efficiency.

The achievements of these government employees and their industry partners exemplify the outstanding work done to improve government operations over the years. (I was judge for the Fed 100 this year and have done so in the past.)   Similar awards programs elsewhere recognize other leaders and teams making a difference for the nation as well.

News of great work done by many outstanding government leaders is always important to communicate, especially in a world where government can be portrayed as less productive and more inflexible than the private sector.  This portrayal is often magnified during a time of transition to a new administration, when new leaders arrive in agencies and understandably have questions about the staff they are inheriting.  However, equally compelling are impressions of leaders who have a chance to work with very talented federal workers -- many political appointees in both parties have publicly reported that once they got to know the capabilities of their agency teams, they concluded that these teams were among the highest-performing of any they have led in their careers.

Every day, government employees successfully serve the nation in ways that improve how citizens live and work, serving as essential stewards of the public interest.  And they often do so in partnership with industry, either as contract partners or through regulatory cooperation.  Clearly, government programs can operate with greater efficiency on behalf of the taxpayer.  Many entrepreneurial thinkers across government have innovative ideas for improving operations; just look, for example at the success of the IDEA Lab  at the Department of Health and Human Services.  But striving for continuous improvement – an objective sought by the best companies in the world -- does not diminish the daily successes brought forward through tireless efforts of many federal employees.

Here are just a few examples of how government programs make a difference:

And the list could go on, across dozens of agencies and hundreds of critical services.

I spent the first 15 years of my career in government, and have spent the last 12 in industry.  On both sides of the coin, I have joined with many colleagues in expressing deep appreciation for the work of professional civil servants whose work addresses national needs every day.

Government can and must be held accountable for performance, and implement strategies for improvement.  But the achievements of Fed100 and other award winners show the great capacity of government to do good, and the exceptional talent of government workers who carry forward key missions and programs.    We should be sure to celebrate and share their good work.