Privacy as a Key National Issue -- Implications for Government Managers 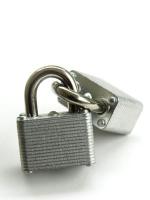 Thursday, January 20, 2011
Dan Chenok
Multiple actions from the Administration have led to a renewed emphasis on protecting information about individual citizens. Although the current activity centers on incentives for consumers, government managers will also be impacted and need to be aware

The Administration has recently built on two recent policy papers with a related action in stepping up the attention to privacy – all of which have energized privacy-minded leaders.  The first paper, a “Preliminary Staff Report” from the Federal Trade Commission (FTC) (http://www.ftc.gov/os/2010/12/101201privacyreport.pdf), raised questions about whether self-regulation of privacy and data protection is sufficient; despite several prominent laws intended to protect data in key parts of our economic, (including the Privacy Act for Government), the U.S. is one of the few nations without a national privacy statute to provide protections.  The FTC also notably proposed a “Do Not Track” list, that would allow consumers to prevent online businesses from tracking their web behavior much like  the FTC’s “Do Not Call” list creates protection from telemarketers by phone.   Finally, the paper promoted building privacy into systems and processes up front (“Privacy by Design”), and advocated greater transparency through privacy notices that are easier to find, read, and understand.

The second release, a “Green Paper” from the Department of Commerce entitled “Commercial Data Privacy and Innovation in the Internet Economy”

(http://www.ntia.doc.gov/reports/2010/IPTF_Privacy_GreenPaper_12162010.pdf), focuses more on building off existing self-regulatory approaches, but also proposes establishment of a baseline framework for privacy regulation in parts of the economy that are not covered by sectoral statutes.  It prominently recommends the establishment of a Privacy Policy Office (PPO) at Commerce to lead and coordinate the Administration’s efforts.  While the Office of Management and Budget has statutory oversight of Federal privacy  activities under the Privacy Act and related laws, OMB has not taken an active leadership role over the past decade.

Both papers are out for comment, with a deadline of Jan 28 for Commerce and Jan 1 for the FTC.

At the same time, the Administration’s June 2010 draft of the “National Strategy for Securing Online Transactions in Cyberspace” (NSTIC) (http://www.dhs.gov/xlibrary/assets/ns_tic.pdf) made privacy a key element of a recommended framework for securing online activity with government and industry.  This has recently led to the announcement by Commerce Secretary Gary Locke and White House Cybersecurity Coordinator Howard Schmidt of a “National Program Office” at Commerce to coordinate NSTIC and related activities (http://www.commerce.gov/news/press-releases/2011/01/07/us-commerce-secretary-gary-locke-white-house-cybersecurity-coordinato), which would address several goals of the PPO proposed in the Commerce Green Paper.

All of this focus affects government managers in several ways:

So stay tuned, be aware, and be ready for privacy to take a driver’s seat in the 2011 issues race.