The Promise of Public Interest Technology 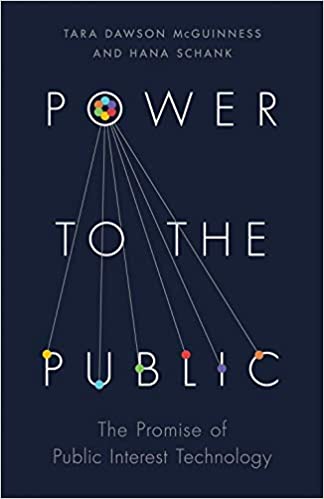 Monday, April 19, 2021
G. Edward DeSeve
Every once in a while, a new book comes across my desk that is fresh and thoughtful enough to make me wish I had written it.

Power to the People: The Promise of Public Interest Technology by Tara McGuinness and Hana Schank is such a book.

They start with the mantra of Design, Data and Delivery and focus on how governments and institutions can try to solve the world’s hardest problems by applying a process that is remarkably similar to Agile Government.  One of the hallmarks of their process is the understanding and involvement of the public in addressing their needs.  The case studies they present take us to places like Rockford, Illinois where Public Interest Technology (PIT) has been used to radically reduce homelessness.  This isn’t about massive new systems but rather:

“Informed design that places humans at the center of the policy process.”

“The use of real time data to identify solutions and establish success metrics.”

“Focusing on delivery by using pilots before scaling.”

One of the things that caught my attention was the afterword by Anne-Marie Slaughter of New America and Darren Walker of The Ford Foundation.  They described the Public Interest Technology University Network (PITUN ), which consists of more than 30 major universities.  PITUN’s mission is as follows:

“Through the development of curricula, research agendas, and experiential learning programs in the public interest technology space, these institutions aim to develop graduates with skills and knowledge at the intersection of technology and policy.”

In fact, McGuiness, Schank, Slaughter and Walker describe the beginning of a movement that could have global significance in creating a united approach to solving the wicked problems that society faces.

What does all this have to do with Agile Government?  I believe that the principles of Agile Government could and should be considered when advancing the cause of the PIT movement. The principles are consistent with the objectives of PIT and can provide a broader context when applied to policy development, regulation and implementation on a global scale.  It is great to see innovators like the authors and those like my former colleagues Cecilia Munoz and Todd Park who are acknowledged as leaders in the PIT movement.

My recommendation is to read the book and join the movement as soon as possible.