A quick start for the next administration 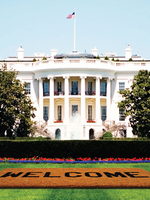 Thursday, May 19, 2016
Dan Chenok
Every President wants to get off to a fast start – but success is challenging —akin to launching a start-up business while simultaneously conducting the largest corporate takeover in the world.

When the transition is completed and the next President sworn in on January 20, 2017, the new administration will get to work. But what actions should be prioritized? How can the wheels of government be leveraged most effectively?  How can the new team avoid re-inventing the wheel?

To seek answers to these questions, the IBM Center for The Business of Government and the Partnership for Public Service co-hosted a Roundtable earlier this year to discuss how the next administration can get off to a strong and fast start. The Roundtable brought together current and former senior officials from administrations of both parties, as well as experts from academia and the private and non-profit sectors. The robust discussion surfaced a number of practical actions that a new administration can set into motion, starting with the transition period, to increase the likelihood of a successful first year.

The meeting was the sixth of seven planned Roundtables in our “Management Roadmap” series, part of a multi-pronged Ready to Govern (#Ready2Govern) initiative, through the Partnership’s Center for Presidential Transition. The Center seeks to improve the transfer of power and knowledge between administrations. These Roundtables addressed the critical importance of strong leadership (report on Executive Talent), the need for agency-specific and governmentwide approaches (report on Enterprise Government), and the challenge of decision-making (full report) in a time of transition.

From the sixth roundtable came recommendations across three dimensions –people, structure and process. Among the dozens of recommendations were actions for the White House, appointees and career staff.

•        Appoint key management leaders in the first wave of appointees.  Set an explicit expectation that they will work together as a management team. Into this group, appointees put the heads of OMB, OPM, and GSA as well as the OMB Deputy Director for Management (DDM), the White House CIO, and a newly created White House Chief Operating Officer (a recommendation suggested in previous roundtables as well).  Attendees noted the eight-month delay in confirming a DDM at the start of the Obama administration – which in turn delayed action on a range of government management and operations initiatives.

•        Integrate appointees and career leaders. The faster the new administration can build trusted relationships with career staff, the more effective they will be. This can occur in a number of ways –through joint training / orientation, creation of integrated senior leadership teams in agencies and departments, “town-hall” meetings with SES and career staff within the first 100 days, and through regular joint political and career meetings.

•        Leverage the senior advisor role to put people into place quickly. Attendees pointed to the key role that Ed DeSeve played as a senior advisor who had a trusted relationship with the Vice President and was put into place to coordinate the implementation of the Recovery Act. While the confirmation process is playing out, senior advisors can help the administration move forward on priorities.

•        Formalize the role of the President’s Management Council (PMC). The PMC is comprised of the chief operating officers of the major agencies (typically the deputy secretaries) and it provides enterprise-wide leadership on management priorities. Among the first actions of the administration should be the issuance by the President of a directive that reconstitutes the PMC. Such an order could identify positions on the PMC, and expectations for its focus. The Clinton and Bush administrations constituted the PMC via a presidential memorandum to help lead their management initiatives.

•        Quickly set up a regulatory review process. New administrations often come in and freeze the process. Attendees noted that the vast majority of regulations that pass through OMB’s Office of Information and Regulatory Affairs (OIRA) are non-controversial – freezing all rules can slow down processes that would support a new administration’s priorities. Attendees suggested setting up a triage system to identify which rules to freeze, which to review quickly, and which to allow to move forward –and to use the transition to plan for an effective regulatory review process.

•        Drive alignment around clear goals across the government through performance management – and critically through written performance plans for appointees – with key elements also reflected in career SES performance plans. PPO, OPM, a new White House COO and Cabinet leaders would all play a role in driving alignment.

•        Agency leaders need a plan for their first six months. Leaders who enter an agency without a roadmap will take longer to get up to speed and have a higher likelihood of a disappointing tenure. Multiple levers can help new leaders implement such a plan – including reaching out to former office holders on a bi-partisan basis, engaging career staff, setting decision making processes, getting out into the field to talk with customers and staff, and much more.