What Citizen Engagement Looks Like in the Digital Age: A Conversation with Jason Goldman, White House Chief Digital Officer 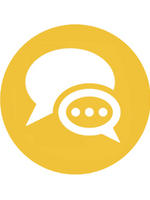 Michelle Cullen, Senior Editor within IBM, recently had the opportunity to sit down with Jason Goldman, the first Chief Digital Officer of the White House, to discuss his Office’s online engagement strategy and outreach. Jason was part of the Blogger team acquired in 2003 by Google, where he worked as a product manager until 2006. In 2007, he was on the founding team of Twitter Inc. where he was Head of Product and served on the board of directors until 2010. One year in to his role, he offered compelling insights into why this role was created, what drives their strategy and how he sees digital transforming governance and services.

The Office of Digital Strategy has existed in one form or another since the beginning of Obama’s presidency. Through his campaigns, the President has learned about the importance of the evolving media landscape and the need for a robust, engaging digital presence online. There have been enormous technological changes since 2009—i.e., the mobile revolution, an explosion of apps, social media—prompting the Administration to create this Chief Digital Officer role, which focuses on harnessing these technologies to connect people with purpose. Instead of visual channels and traditional communications that may operate like a bull horn, this Office focuses on engaging citizens in meaningful, two-way conversation through social channels like Facebook and Twitter.

The real benefit of these online tools versus more traditional means is that one receives all this data back in terms of what's being consumed and how people are engaging. Jason’s team doesn’t just want views, they’re trying to foster engagement, citizens participating in the discussion, sharing of ideas, experiences and concerns. They “want citizens to feel like they’re an active part of government; this is meaningful engagement.”

Jason believes civic engagement with government is a right and duty. President Obama refers to this as “the imperative of citizenship”, where citizens take an active role in government—whether through voting, serving on a jury, participating in marches, organizing civic groups or volunteering. Online platforms create new channels to add to this civic engagement. They connect individuals to their government and in turn make government more accountable. For example, the Administration’s We the People platform enables citizens to voice their concerns. Individuals can start a petition on the platform, and if it receives 100,000 signatures, it becomes a conversation in the White House. Not all agree with the things that are petitioned, but it is a way in which citizens can get an answer to a question; and in some cases, it does drive actual policy change. In this way, online platforms give people voice, enabling them to be heard and to work with government to solve public challenges.

Jason had the privilege of being on the President’s trip to Cuba and Argentina this last month. In Argentina, he was very impressed by their President’s social media team. They used all channels, like Snapchat, Twitter, etc.—to provide a behind the scenes look at the State dinner. With their live updates they provided better coverage than the cable television networks, which actually used some of their photos. In general, countries with high Internet penetration or high social media use will have governments with a good digital strategy, such as Brazil, South Korea, and Estonia. Jason was also impressed with the Holy See. Pope Francis has been transformative for the Vatican with his outreach via social media. “The Pope’s team has a very holistic approach in how they use social media, with strategic engagement via Instagram and Twitter, targeting believers and non-believers alike. It’s a very inspiring example, especially since this innovative approach is coming from such an old and traditional institution. If it's not too out there for the Pope, it’s clearly the way things are done now.”

When considering how digital will transform citizen-centric services like social programs and education, Jason felt  that this was the right phrase—citizen-centric. The same philosophies that have driven change in the private sector, where the user is put first, are beginning to influence government. The federal government student loan program offers a good example of this shift. Based on a citizen-centric approach, the Free Application for Federal Student Aid (FAFSA) application process was revised so that students can now electronically complete and submit the application in two-thirds the amount of time. Citizens can also register for social security and healthcare online in a way that they couldn’t before. In this manner, the Obama Administration is starting to think about how services can be made better for users; about how it can make the service work better for the people who actually use it, and have them delighted by the experience.

Jason concluded the conversation with thoughts on his ideal vision of governance and citizen engagement. He asked, “What if the idea of engaging with your government was something that was not removed from your daily life as it is now—where you engage once a year through voting and paying taxes, once every few years through jury duty, and every now and then to renew your license? What if this interaction wasn’t so limited and constrained? What if instead you viewed government as a place where you actually contribute, where you share ideas, be heard and participate in decisions that are being made? I would like to help make this possible through online engagement, where this type of interaction becomes what is expected. It becomes the norm.”

Tell  us what you think.

Read more on the Center’s effort to help government address major challenges and opportunities for government over the next several years and our blog on Driving Citizen-Centric Engagement.