Overview, history and mission of the FSIS

Food safety and the food to table movement

Collaborations and partnerships with agencies and food safety 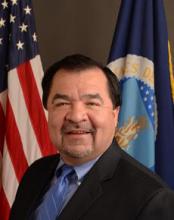 In 1978, Mr. Almanza began his FSIS career as a food inspector in a small slaughter plant in Dalhart' Texas. During his 36-year career with FSIS, Mr. Almanza moved up quickly from that entry level position - serving as Labor Management specialist, District Manager of the Agency's Dallas District Office, and ultimately Administrator of FSIS. His experiences in the field and headquarters have made him extraordinarily qualified to lead the agency.

During his tenure as Administrator, Mr. Almanza focused on modernizing inspection and identifying ways to make the Agency more efficient and effective. He spearheaded the development of the New Poultry Inspection System which redirects FSIS inspection to a more balanced and efficient approach while simultaneously reducing pathogen levels in young poultry slaughter establishments. It is anticipated that the new approach will prevent thousands of illnesses from Salmonella and Campylobacter. In addition, Mr. Almanza's regulatory strategies against potentially deadly E. coli O157:H7 have significantly reduced illnesses from this pathogen. Under his leadership, FSIS implemented a zero-tolerance policy for six additional strains of E. coli that are responsible for human illness. He also led the development of new Campylobacter and Salmonella performance standards, which hold slaughter establishments accountable for reducing these pathogens in young chickens and turkeys. In 2006 the positive Salmonella testing rate was 16%; today it is less than 7%. In 2013, FSIS released the Salmonella Action Plan, which outlines the agency's key steps towards reducing the incidence of Salmonella contamination.

Under Mr. Almanza's leadership, FSIS launched the Public Health Information System (PHIS), a modern repository for all data about public health trends and food safety violations at the more than 6,000 FSIS-regulated plants across the country. Since 2011, PHIS has streamlined data collection and access for the agency.

As part of USDA's Blueprint for Stronger Service, Almanza determined that FSIS could streamline resources by reducing the number of district offices from 15 to 10. The district consolidation helped to improve efficiency, consistency, and integration by more evenly distributing the circuits, establishments, and FSIS employees that each district office oversees. Furthermore, Mr. Almanza reorganized headquarters offices and staff to improve organizational efficiency and the ability to better target existing resources.

Mr. Almanza led the development of the FSIS FY 2011-2016 Strategic Plan, which includes results-oriented performance measures. The plan includes 30 distinct, quantifiable performance measures that support eight larger goals. In 2012, he led the development of the internal Annual Performance Plan, which included specific outcomes linked to the Strategic Plan. The plan bridges the FSIS Strategic Plan with Senior Executive Service individual performance standards, and presents three "key results" to be achieved by each Program Area. The transparency provided by this integration of plans makes it possible for each employee to clearly see how his or her work relates to the FSIS mission.

Mr. Almanza is mindful of the more than 7,000 FSIS field employees in his day-to-day tasks. Recognizing that FSIS employees are the agency's greatest asset, Mr. Almanza works diligently to foster productive relationships. In the most recent FSIS employee survey' top ten results indicate employees like their work, understand how it relates to the agency's goals, have a sense of accomplishment, and believe in being held accountable.