Curtis “Curt” L. Coy was appointed deputy under secretary for economic opportunity in the Department of Veterans Affairs on May 9, 2011. In this role, Coy oversees all education benefits (GI Bill), loan guaranty service (VA loans), vocational rehabilitation and employment issues. 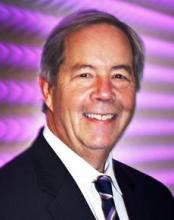 Curtis “Curt” L. Coy was appointed deputy under secretary for economic opportunity in the Department of Veterans Affairs on May 9, 2011. In this role, Coy oversees all education benefits (GI Bill), loan guaranty service (VA loans), vocational rehabilitation and employment issues.

Prior to his appointment, Coy was a senior executive at the Department of Health and Human Services (HHS) for about 11 years. For eight of those years, he was the deputy assistant secretary for administration at the Administration for Children and Families (ACF). In 2000, Coy was appointed by the Secretary of Health and Human Services to be the director of the Program Support Center, with approximately 1,200 employees, 1,500 contractors and $400 million in working capital fund annual revenue, to provide almost all government administrative and logistical support to the department and other federal agencies on a fee-for-service basis.

Prior to his appointment at the VA, at the request of the Commissioner of the Food and Drug Administration he served as the deputy commissioner and chief financial officer. Following the transition to the Obama administration, Coy assisted with the start and initial operation of the new Office of Consumer Information and Insurance Oversight (OCIIO). As the deputy director for operations, OCIIO, he was tasked with implementing many of the provisions of the Affordable Care Act legislation that addressed private health insurance.

Coy is the recipient of several distinguished awards to include a Presidential Rank Award, the Surgeon General’s Medallion in 2002, and the HHS Secretary’s Distinguished Service Award in 2009. In 2006, Coy was elected as a fellow in the National Academy of Public Administration and the National Contract Management Association. He is also a certified professional contracts manager and past chairman of the National Contracts Management Association, as well as a past chapter president.

Coy earned his master’s degrees in acquisition/contracting management and materiel logistics support from the Naval Postgraduate School in Monterey, Calif. A strong believer in higher education, Coy served as an adjunct associate professor for the University of Maryland University College (UMUC) Graduate School of Management and Technology, and has been a guest lecturer at the Naval Postgraduate School. He has been selected for the International Who’s Who of Professionals, Who’s Who in America and Who’s Who Historical Society.