Overview of the State of Ohio Institute

The Importance of Acquisition

What are Complex Products?

A Guide for Agency Leaders on Federal Acquisition

Contracted Versus Internal Assembly for Complex Products: From Deepwater to the Acquisition Directorate in the U.S. Coast Guard

It is important to emphasize that the authors have not attempted to assess or evaluate the transition or Project Deepwater itself. Instead, the report focuses on providing lessons learned from the transition and offers three recommendations for contract management staff, agency executives, and congressional and executive-level policy makers.

The Challenge of Contracting for Large Complex Projects: A Case Study of the Coast Guard's Deepwater Program

The federal government now spends about 40 percent of its discretionary budget to buy everything from office supplies to weapon systems. When the government buys simple products, like paper clips, they can turn to well-established acquisition strategies and practices and apply them to richly competitive markets. When government agencies buy complex products, like weapon systems, conventional acquisition approaches are often insufficient and markets are more challenging. 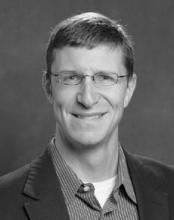 He currently serves as the Dean of the John Glenn College of Public Affairs at The Ohio State University where he has been a faculty member since 2001. He also serves as the Executive Director of the State of Ohio Leadership Institute, a training resource for state and local elected officials in Ohio. He previously held the position of Pasqual Maragall Chair Visiting Professor at the University of Barcelona’s Department of Economic Policy and a Visiting Assistant Professor position in the School of Public and Environmental Affairs, Indiana University. He also served as the U.S. Project Manager and Associate Project Executive for the Parliamentary Development Project, a U.S. Agency for International Development funded organization that provided technical assistance to the Ukrainian parliament from 1994-2013. He is a fellow of the National Academy of Public Administration.

He has also worked with local, state, federal, and foreign governments and public organizations to improve organizational and managerial performance. He has conducted applied research projects for the U.S. Department of the Navy, the IBM Center for the Business of Government, the Pew Center on the States, the City of Columbus, Ohio, the Eurasia Foundation, and the U.S. Agency for International Development. His research on government contracting has been utilized by the U.S. Government Accountability Office and the U.S. Office of Management and Budget.