Frank B. Strickland is a Senior Fellow Emeritus with the IBM Center for The Business of Government.

The Next Four Years: Intelligence Community Reform - Refining not Rebooting

Declared wars start and stop, but the conflicts between nations and groups around the world simmer continuously and boil over frequently. Speaking to the Air War College class in 1992, then CIA Director Robert Gates said, “We must expect continuing radical change and upheaval around the world – at times promising, at times frightening – before the form and patterns of a new era settle into place.” Two decades later, it is not entirely clear what the form and patterns of this new century are.

National defense choices can leave a country vulnerable.  Military organizations routinely deal with risk and trade-offs.  But longer-term strategic defense choices—shaped by multiple factors including uncertainty about the future, the pressure of dominant current constituencies, and fiscal constraints that are difficult to “get right.”  Once a conflict begins a new set of options and trades emerge but the uncertainties, the pressure of constituencies and resource constraints remain (even in a national level mobilization).  In the United States, we are currently dealing with strategic choic

On May 14, 2012, the Office of Management and Budget (OMB) provided a memorandum to all departments and agencies on the need to use evidence throughout the Fiscal Year 2014 budget submission. The memorandum provides four pages of issues and approaches for using evidence in the development, evaluation, and management of government programs. OMB also encourages agencies to strengthen program evaluation through a dedicated senior leader, such as a chief evaluation officer reporting directly to the secretary or deputy secretary.

Assessing the Value of Intelligence: Lessons for Leaders

Applying power in all its forms to secure the present and future is ultimately a leadership challenge. That challenge is especially complex in the current century when the forms and patterns of security are changing in so many ways at an accelerated pace than ever before. The capabilities required to threaten a nation, region, or even global stability are available to both rich and impoverished nation states, as well as small networks of people who can and do operate relatively independent of any nation state. There is more data available than ever before to make sense of this era.

Periodically the IBM Center staff steps back and reflects on the insights provided by its authors of more than 300 research reports and by some 300 senior government executives interviewed over the past 13 years.  Through our research and interviews, we identified several broad societal trends that we believe are changing the game for successful leadership at all levels of government. 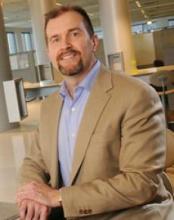 Frank B. Strickland is a Senior Fellow Emeritus with the IBM Center for The Business of Government.

Frank is a career intelligence officer with twenty-four years experience in CIA's Senior Intelligence Service and the U.S. Marine Corps. During this time, Frank led a number of programs focused on developing innovative solutions and methodologies to measure and analyze mission performance. In recognition of Frank’s accomplishments, the CIA Director awarded him with the National Intelligence Medal of Achievement. Frank was also the Legislative Director for the nation’s largest intelligence program and a member of the CIA’s Senior Intelligence Service, where he received the National Reconnaissance Office's Medals of Distinguished and Superior Service.

Prior to IBM, Frank co-founded Edge Consulting, a boutique consulting firm that achieved national recognition for pioneering work in the application of operations research methods and IT to quantify the value of intelligence. Frank helped lead Edge Consulting from a start-up to significant year over year growth, culminating in an acquisition by NISC.  He was also one of five officers that guided NISC through its acquisition by IBM.

Frank has led several major professional development programs, including the “Sharpening Your Edge” program. He is the co-creator of “Edge Methods”, a unique blend of consulting, scientific methods, and IT used to assess the value of information from empirical data which has been used to advise national security principals and commanders on the optimal use of billions of dollars of operational and fiscal intelligence resources. He is a recognized teacher, public speaker, and published author. He holds a BA in Business Management, MS in Technology Management, and the CIO University’s Certificate in Federal Executive Competencies.