The Pendulum of Government Efficiency

Principles for the Future of Shared Services

The benefits of the space are flexibility, no need to sign a long-term lease, collaboration – people can share ideas with other officemates who may be in a completely different field -- and productivity – being around dynamic and committed workers motivates performance.  Coworking spaces are all over the world.  Picture working in a colorful office with designers and architects at “Patchwork” in Paris or a former Wonder Bread factory with tech startups at “WeWork” locations in the US.  The concept is the same from location to location, but the actual design changes according to the footprin 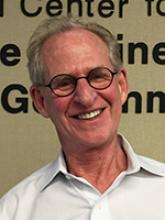 Jesse comes to the Center after more than 25 years with New York's Metropolitan Transportation Authority (MTA) where he was the Director of their Shared Services initiatives. In this role, he created a new stand-alone shared service center to process all administrative functions, resulting in savings of $25 million annually. Prior to that role he was the Budget Deputy Director for MTA's Budget Office, where he was responsible for managing an annual budget of over $13 billion, as well as representing MTA on the creation of the statewide energy market, the NYISO, and other all-agency strategic initiatives.

Jesse’s other senior management roles at the MTA included CFO of the MTA Card Company, a subsidiary of MTA created to launch and support the MTA’s MetroCard fare collection project, and as Deputy Director of Real Estate where he created the first database of the MTA’s extensive property records, some of which went back 150 years. Before attending the Yale School of Management, Jesse founded several Head Start programs in the Greater New Haven area.