In October 2020, three former NASA administrators—Dan Goldin, Sean O’Keefe, and Charles Bolden—convened with the then incumbent, James Bridenstine, to ponder the state of NASA and human space exploration. Goldin (1992-2001) chafed at the slow pace of returning to the Moon and going on to Mars. He pointed out that China was “moving at the speed of light” and it was “damn time for America to get people out of Earth’s orbit.”

What is the leadership vacuum?

What makes a good leader?

The history of the space shuttle

This report continues the IBM Center’s long interest in leadership, transformation, and the use of innovative public-private partnerships. It explores how NASA leaders have leveraged public-private partnerships to replace the space shuttle, while developing new policy mechanisms to enable private companies to take over cargo and astronaut transport to the International Space Station (ISS). The author focuses on the evolution of this

In Robert Gates, former secretary of defense, and Francis Collins, director of the National Institutes of Health, Professor Lambright has identified two outstanding government leaders who both led transformation initiatives in their organizations.

Launching a New Mission: Michael Griffin and NASA's Return to the Moon

President George W. Bush told NASA to return to the moon and prepare for manned exploration of Mars. The man he put in charge, Michael Griffin, was a certified rocket scientist with a passion for manned space exploration. In the four years he served as NASA Administrator, Griffin was continually forced to make controversial financial tradeoffs that brought him into conflict with constituencies who disagreed with him. He did, however, make significant progress in redirecting NASA toward the new Moon-Mars program.

The Challenge of Coordinating "Big Science"

Recent years have seen an increase in cross-agency research and development projects. These initiatives are large and significant in national policy. They include: information technology, nanotechnology, climate change, global change, and bioterrorism. For example, global change has grown to involve eighteen federal agencies and departments, including entities within the executive office of the president. The aim of these and other interagency programs is to draw on the special skills of each organization and weave them into a whole that is greater than the sum of the parts.

Transforming Government: Dan Goldin and the Remaking of NASA

This report provides a case study of a leading change agent, Daniel Goldin, Administrator of NASA. Goldin has been a change agent in an extremely austere and political environment. The study examines how Goldin initiated and carried through an organizational change process. Specifically, the report discusses how Goldin met his goals, where he fell short, and the lessons learned from his strategies and approach to change. Organizational Transformation 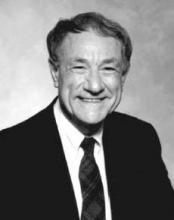 Dr. Lambright has served as a guest scholar at The Brookings Institution; the director of the Science and Technology Policy Center at the Syracuse Research Corporation; and director of the Center for Environmental Policy and Administration at the Maxwell School at Syracuse University. He has served as an adjunct professor in the Graduate Program of Environmental Science in the College of Environmental Science and Forestry at the State University of New York. He has testified before Congress and been interviewed by the media on many topics, including the environment, science and technology, and government management.

A long-standing student of large-scale technical projects, he has worked for NASA as a special assistant in its Office of University Affairs and has been a member of its History Advisory Committee. Dr. Lambright has performed research for organizations including the National Science Foundation, NASA, the Department of Energy, the Department of Defense, and the State Department. He edited the book, NASA in the 21st Century, published by the Johns Hopkins University Press in 2003. He is also the author of four previously published IBM Center reports: Transforming Government: Dan Goldin and the Remaking of NASA (2001); Managing ‘Big Science’: A Case Study of the Human Genome Project (2002); The Challenge of Coordinating ‘Big Science’ (2003); Executive Response to Changing Fortune: Sean O’Keefe as NASA Administrator (2005); and Launching a New Mission: Michael Griffin and NASA’s Return to the Moon (2009).

Dr. Lambright is the author or editor of six additional books, including Powering Apollo: James E. Webb of NASA; Technology and U.S. Competitiveness: An Institutional Focus; and Presidential Management of Science and Technology: The Johnson Presidency. In addition, he has written approximately 300 articles, papers, and reports.
His doctorate is from Columbia University, where he also received a master’s degree. Dr. Lambright received his undergraduate degree from Johns Hopkins University.