A new study out by Brookings “Blogs as Public Forums for Agency Policymaking” looks at blogs created by top officials in five federal agencies and compared them to similar, but non-official blogs on the same topics to see how each are used to link citizens and government officials.

Welcome to the IBM Center’s latest step in Web 2.0!

We’ve been sponsoring a blog on presidential transition for the past couple of years and are now ready to take the next step – serial blogging! I’ll be joined by colleagues over the next few weeks in providing insight, news, and context on a wide range of management challenges facing public sector executives. Please join us!

Congress granted the executive branch the authority to establish and implement cross-agency initiatives, via the Government Performance and Results Act (GPRA) Modernization Act of 2010. That law, among other things, requires the Office of Management and Budget to designate “Cross-Agency Priority Goals” for a small handful of mission-support and mission-related areas, covering a four-year period, along with the designation of a goal leader and the requirement for quarterly progress reports.

Today, government is in the midst of significant changes that have both near-term consequences and lasting impact. Such changes become more complex in nature and more uncertain in effect. At the same time, the demands on government continue to grow while the collective resources available to meet such demands are increasingly constrained. Government leaders, managers, and stakeholders face major challenges, including: fiscal austerity, citizen expectations, the pace of technology and innovation, and a new role for governance.

Since the 1980s, the language used around market-based government has muddied its meaning and polarized its proponents and critics, making the topic politicized and controversial. Competition, Choice, and Incentives in Government Programs hopes to reframe competing views of market-based government so it is seen not as an ideology but rather as a fact-based set of approaches for managing government services and programs more efficiently and effectively.

The 'managing for results' movement that began in the early 1990s has now reached adolescence and is creating new challenges for government managers. After spending years creating planning and performance-measuring systems, managers and policy makers now need to focus on how to use performance information to make data-driven decisions. Managing Results for 2005 describes—through a series of case studies—the progress being made in federal, state, and local governments in managing for results. 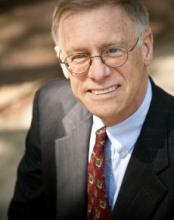 Emeritus Senior Fellow
IBM Center for The Business of Government

Mr. Kamensky is an Emeritus Senior Fellow with the IBM Center for The Business of Government and was an Associate Partner with IBM's Global Business Services.