David M. Klaus has served as the Deputy Under Secretary for Management and Performance at the U.S. 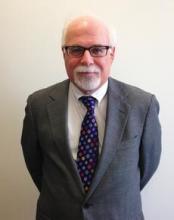 David M. Klaus has served as the Deputy Under Secretary for Management and Performance at the U.S. Department of Energy since July 2013.  The Office of the Under Secretary for Management and Performance functions as the Chief Operating Officer of the Department and has responsibility for its primary mission support organizations, including human capital, information technology, procurement and project management and facilities.   It also oversees the Office of Environmental Management, which conducts the cleanup of the environmental legacy brought about from five decades of nuclear weapons development and government-sponsored nuclear energy research, and the Office of Legacy Management.

Mr. Klaus has spent more than half of his 35 year career in Washington, DC in public service, working in both the executive branch and on Capitol Hill.  He previously served at the U.S. Department of Energy as the Director of Management and Administration during the final two years of Clinton Administration.  During the Carter Administration he served as Associate Director of the U.S. Regulatory Council in the Executive Office of the President, directing programs on automobile and coal regulation, and also coordinated the development of the President’s policy on personal privacy.  He worked as Counsel to Chairman John D. Dingell and the Energy and Commerce Committee of the U.S. House of Representatives from 1981 to 1988, where he had primary staff responsibility for more than 40 federal statutes in the areas of energy, environmental, communications, consumer protection and international trade policy.

Mr. Klaus’ experience in the private sector includes ten years in private law practice representing clients on a broad range of legislative, regulatory and legal issues.  More recently, he spent twelve years working on behalf of non-profit and multilateral organizations on international trade, transportation, environmental and economic issues.  In addition to serving as a Senior Program Advisor at the Meridian International Center, he established and served as Consulting Director of the Wilson Center on the Hill Program at the Woodrow Wilson International Center for Scholars and as President and CEO of the Congressional Economic Leadership Institute.