What makes for effective and efficient performance management? 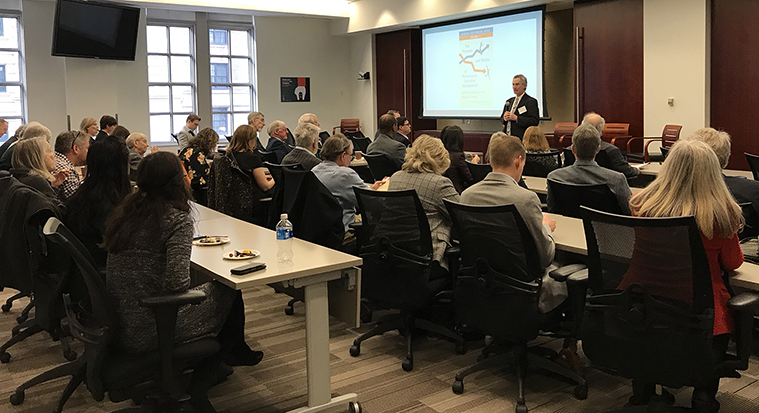 In Workforce Planning, Data Is King

We occasionally did the same for cities and counties. The news in those days, unsurprisingly, was not happy.

For the most part, we’ve pointed to issues that require careful examination of the information to determine if its trustworthy or not.

But, as time has passed, we’ve come across a great many signals, easily spotted and identified, that point to quicker recognition that information should be scrutinized. Here are a half dozen examples:

Performance Management: A View from the Front

We were asked to address ourselves to trends in performance management in states and localities over recent years. Having recently completed our book, Making Government Work: The Promises and Pitfalls of Performance-Informed Management, (to be released in January by Rowman & Littlefield), this was a topic that we had been thinking a great deal about over the last year, and thought we’d share some of the significant trends that we’ve discovered.

A Hidden Corner of Local Government: Boards and Commissions

Yet boards and commissions are crucial to the effective and efficient delivery of services, complementing the more familiar local government structures consisting of city mayors, councils, and departments.

Over the course of about 30 years, Katherine Barrett and Richard Greene, principals of Barrett and Greene, Inc. have done much-praised analysis, research and writing about state and local governments.  Described by Peter Harkness, founder of Governing Magazine as "by far the most experienced journalists in the country covering public performance," they pioneered "grading the cities, counties and states" in management.

Off to a Running State Capital Start: A Transition Guide for New Governors and Their Teams

This report provides three sets of lessons from Katherine Barrett and Richard Greene, a pair of veteran observers of state and local government management, to help gubernatorial teams move quickly and set the stage for a successful term in office:

Over the course of about 30 years, Katherine Barrett and Richard Greene, principals of Barrett and Greene, Inc. have done much-praised analysis, research and writing about state and local governments.  Described by Peter Harkness, founder of Governing Magazine as "by far the most experienced journalists in the country covering public performance," they pioneered "grading the cities, counties and states" in management.

They are currently engaged as Visiting Fellows at the IBM Center for the Business of Government, Senior Advisors, Columnists and co-chairs of the Advisory Board for Route Fifty, Special Project Consultants at the Volcker Alliance, Advisors and Columnists for the Government Finance Officers Association, Senior Advisors at the Government Finance Research Center at the University of Illinois in Chicago,  and Fellows at the National Academy of Public Administration.

Over the course of years, Barrett and Greene have served in an advisory or contractual capacity to many organizations central to the study of states and localities. For more than 20 years they were columnists for Governing magazine and they have also served as senior advisors at the Pew Charitable Trusts; senior fellows for the Council of State Governments and more.

One of Barrett and Greene’s most significant contributions was as founders of the Government Performance Project, which was funded by the Pew Charitable Trusts and published in Governing Magazine.

Though they work on virtually all projects as a team, the one exception is that Greene has served as a long-time chair of the Center for Accountability and Performance at the American Society for Public Administration.